Crytek Teams Up With Crycash To Launch a Cryptocurrency For Gamers

Hunt: Showdown developer Crytek has partnered with Crycash to launch the startup’s eponymous cryptocurrency, which is designed with gamers in mind. Crytek will integrate the cryptocurrency with their free-to-play shooter Warface. 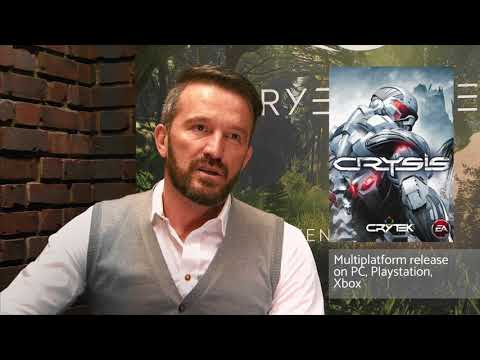 Crycash will begin to sell its initial coin offering on December 12, which will run through January 15, 2018. Crycash will use the cryptocurrency Ethereum for purchases, with the initial price will be 0.001 Ethereum per one token, though this price will only be available during the initial offering.

Users can keep tabs on their wallet through a new app called Plink, which will also let users earn tokens and other rewards by completing in-game tasks or watching ads. The company’s whitepaper provides the following example: “Warface TURKEY sets a task to a gamer with Advertising Platform. This tasks will become available for gamer through Plink. Definition of task: Register in WARFACE and kill 100 enemies with a head shot and add 5 friends. For that user will receive 5 CRC tokens.”

Though Crycash is partnered with Crytek, the company will attempt to find other partners in the gaming industry going forward.

“You go to a performance marketing agency and pay $5 or $10 per user, and you never know the quality of those users,” Crytek Managing Director Faruk Yerli told Venturebeat. “With Crycash, you can set goals for the players to achieve certain milestones in your game before they get the tokens. They fulfill the objective, and their receive their rewards in Crycash. That’s brilliant.”

Crytek has had a rough year in game development, as the company sold Crytek Bulgaria to Sega in March and shuttered Crytek Shanghai in April after allegations that it refused to pay its employees. Crytek also closed five studios in December 2016.

This announcement follows Steam recently ending support for Bitcoin due to the volatile increase in Bitcoin value over the past month.

Liked this article and want to read more like it? Check out Preston Dozsa’s article on Steam Ends Bitcoin Support!