Fans of the Souls series, prepare to praise the sun because Bandai Namco has released an all-new tension filled trailer, pre-order date and price for the upcoming Dark Souls: Remastered.

The trailer features new and improved graphics, as well as confirmation that the game will release on Xbox One, PlayStation 4 and PC on May 25, 2018, for $39.99 USD. The Nintendo Switch version of the game was recently delayed and is set to release at some point this summer, along with the Solaire Amiibo.

Dark Souls: Remastered is a souped-up version of the original Dark Souls game which was released back in September of 2011. The game is a 3rd person Action RPG set in the fictional medieval kingdom of Drangleic, that focuses on exploration and learning from one’s mistakes. 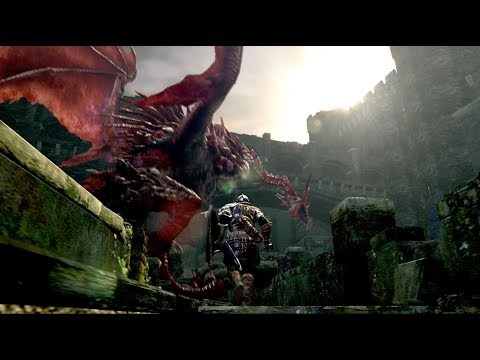 Bandai Namco also revealed that Steam players who have purchased Dark Souls: Prepare to Die Edition will receive half-off of their purchase of Dark Souls: Remastered for PC. The game is currently available to pre-order on the Xbox One and PlayStation 4 digital marketplaces.

Liked this article and want to read more like it? Check out Brendan Quinn’s review of Dark Souls 3 and a look at the Dark Souls 3 Vinyl Figures.