Dead Rising 4 will be making its way over to PlayStation 4 later this year. 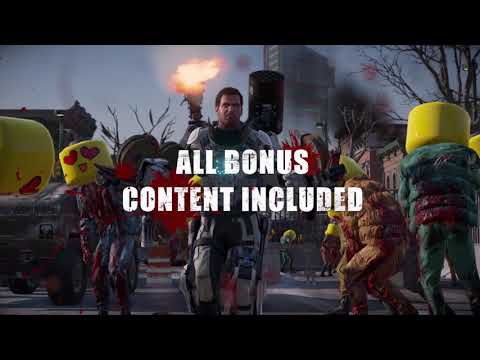 Originally released last year, Dead Rising 4 was previously published by Microsoft Studios as an Xbox One and Windows 10 exclusive. The game marked the return of series protagonist Frank West, once again dealing with the zombie outbreak as he explores Willamette, Colorado. Dead Rising 4 uses similar gameplay to past entries in the series, allowing players to explore a zombie filled open world as they progress through the game’s story and help struggling survivors. Character customization returns, allowing for nearly every object in the game to be used as a weapon or vehicle. The timer system which has been present in all of the games before it is absent, letting players move at their own pace. Dead Rising 4 also includes an online multiplayer mode of up to four players, having them work together in order to complete missions.

Dead Rising 4 received less than favorable reviews after releasing last year. While some elements of the game’s story were praised, many critics expressed that the gameplay was unbalanced and that the missing timer mechanic really took away from the experience.

Dead Rising 4: Frank’s Big Package will launch on PlayStation 4 in both North American ad Europe on December 5 for $49.99.