Destiny 2 to Introduce Crossplay in 2021

Transmog and new rewards also in the works 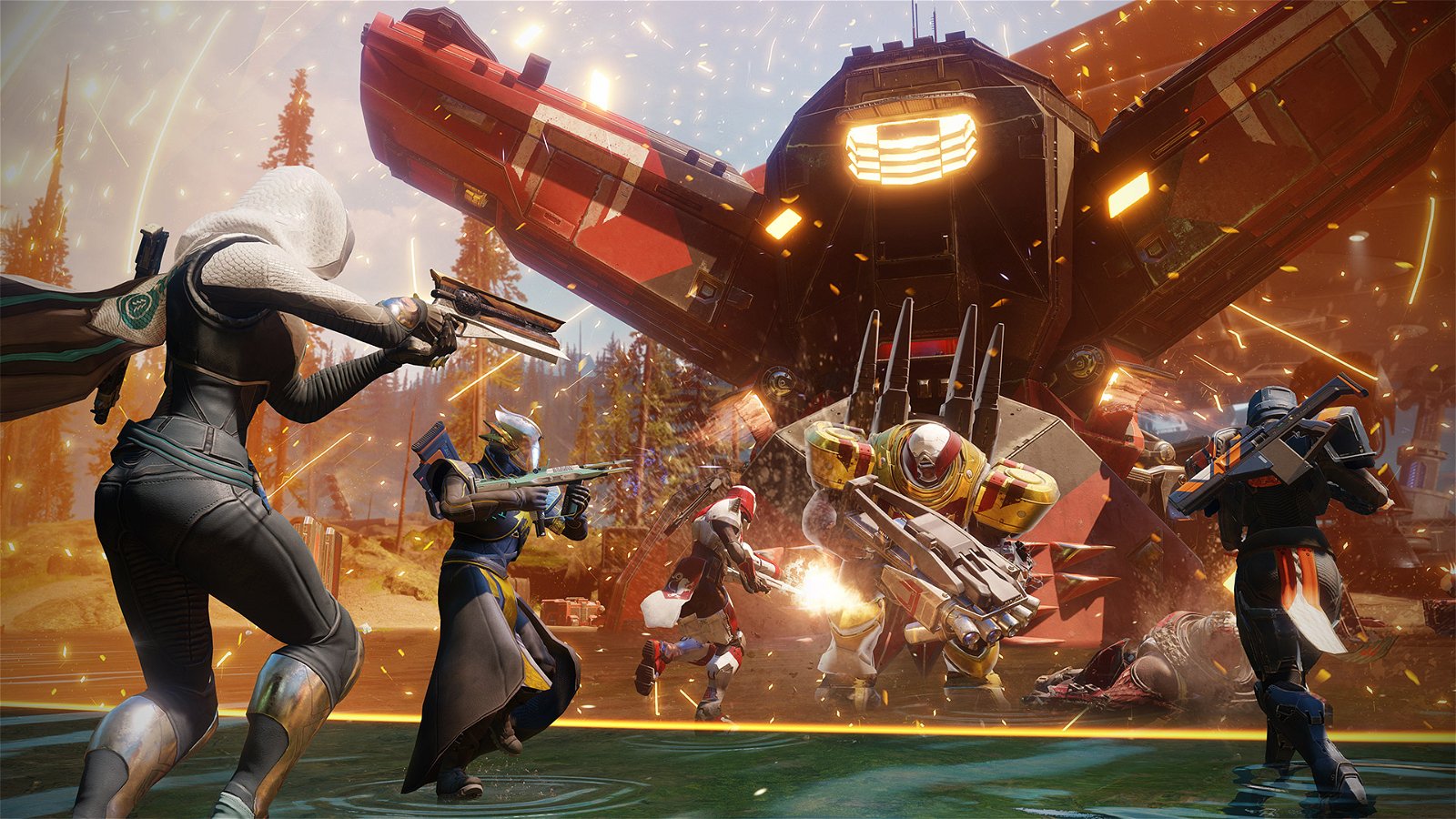 Bungie has announced a host of improvements coming to Destiny 2 next year, with the biggest being crossplay support.

Assistant Game Director Joe Blackburn published a dev team update today, detailing a host of changes to the game’s weapon ecosystem that will come over the next few seasons. Crossplay is among the quality-of-life additions. Although no further details were given, players should be able to play with other Guardians on PlayStation, Xbox, Steam, and Stadia.

The game already features a Cross Save feature, allowing players to pick up where they left off regardless of which platform they’re playing (though Bungie’s website lists this service as “currently unavailable”). Removing the console restriction for multiplayer, however, is a big improvement, which the community has requested almost since the original game launched in 2014.

Transmog, another long-awaited feature, is also coming with Season 14 in approximately late-April/early-May. The new system will function like glamours in other MMOs, allowing players to more freely customize their appearance. The Universal Ornament feature added last year was a very restrictive approach, only allowing certain equipment to be transmogrified to look like other, but judging by the production screenshots, Destiny 2 has a much more expansive system in the works.

The Vault of Glass raid will return, as promised, and two new strikes (Fallen S.A.B.E.R. and Devil’s Lair) will be added in Season 13, which begins in February.

Blackburn also reflected on the state of the game’s arsenal, acknowledging that the pool of weapons at Beyond Light‘s launch was too small and that it’s frustrating for newer players to see others using weapons that cannot be currently obtained (like Felwinter’s Lie, a shotgun that is currently overwhelming the PvP scene). To rectify this, Bungie is adding more weapons to future seasons, including two new Legendary weapons each for Crucible, Gambit, and Strikes, and three returning favourites for Nightfall Strikes. Adjustments are being made to make the game’s meta more accessible for less experienced players.

“Destiny is a game built on exciting rewards,” Blackburn wrote. “The rewards over the last twelve months have continued to evolve the way Guardians play the game [but] where we succeeded in quality, we failed in quantity.”