The Destiny community can rejoice in unison because the sequel to their favourite game ships a full two days early. Destiny 2 now releases on September 6 for PlayStation 4 and Xbox One players, but that wasn’t the only announcement to come out of Activision and Bungie. The long anticipated PC port of Destiny 2 officially releases on October 24 and will only be available through Blizzard’s Battle.net client.

“For all of us at the studio, this is a humbling year to see the vision of the Destiny universe welcome its sequel, and for us, the most exciting part is to see what stories this amazing community will tell once it is in their hands,” said Bungie CEO, Pete Parsons.

“We had an industry-defining moment at our Destiny 2 gameplay reveal in May, and at E3, the team is expanding hands-on to showcase a new subclass and will continue to highlight the vast variety of hands-on experiences that appeal to both solo and multiplayer gamers.”

For readers who missed out on Sony’s E3 conference, a new cinematic trailer for Destiny 2 debuted to get the audience hyped up for the upcoming release. Titled “Our Darkest Hour”, the trailer focused primarily on the sinister Antagonist, Dominus Ghaul, the Commander of the Red Legion army. Guardians will need to stop this overbearing threat if they have any chance at reclaiming the lost light of the Traveller.

Also revealed at Sony’s press conference are a number of timed exclusives for PlayStation 4 users to experience first in Destiny 2. The complete package includes a competitive multiplayer map, a three-player cooperative strike, a number of exclusive cosmetics and one exotic weapon. 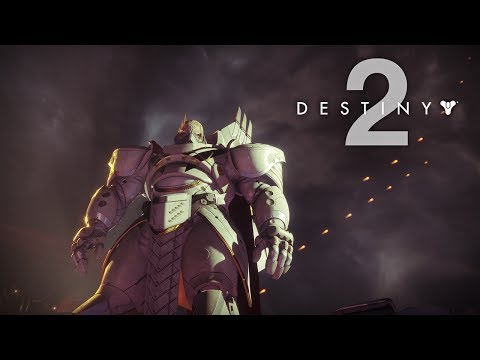 Players who aren’t satisfied with just ordering the game itself can pre-order a wide variety of editions to suit their budget. First up is the expansion pass bundle which retails for $89.99 USD. For $10 more players have the option of purchasing either the Destiny 2- Digital Deluxe Edition or the Limited Edition, which includes some exclusive premium content. Lastly, the most hardcore Destiny enthusiasts can purchase the Collector’s Edition, which features a fully-wearable Destiny 2 – Frontier Bag, all of the premium goodies included in the previous editions, as well as a Cabal-themed Collector’s Box for $249.99.