The Belgium-based developer announced the date on its website, along with a video showing a comparison between the old alpha-builds and the current state of the game, with marked improvement in graphics, ambient effects and terrain variety. 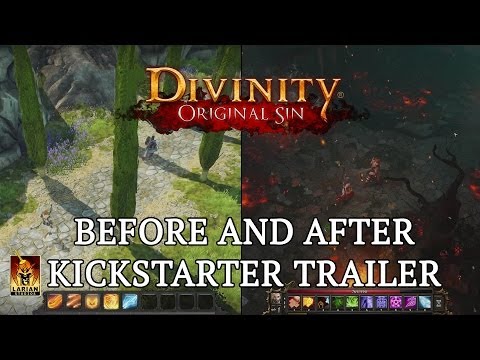 The co-op RPG takes place in the Divinity universe, a tongue-in-cheek high-fantasy setting shown in games such as RPGs Divine Divinity and Divinity II: The Dragon Knight Saga, and in hybrid strategy game Dragon Commander. A main feature of Original Sin is its cooperative play between two characters, controlled either by one player or two, and detailed interaction mechanics with each other and the surrounding world.