A Flurry With No Knockout Punch. 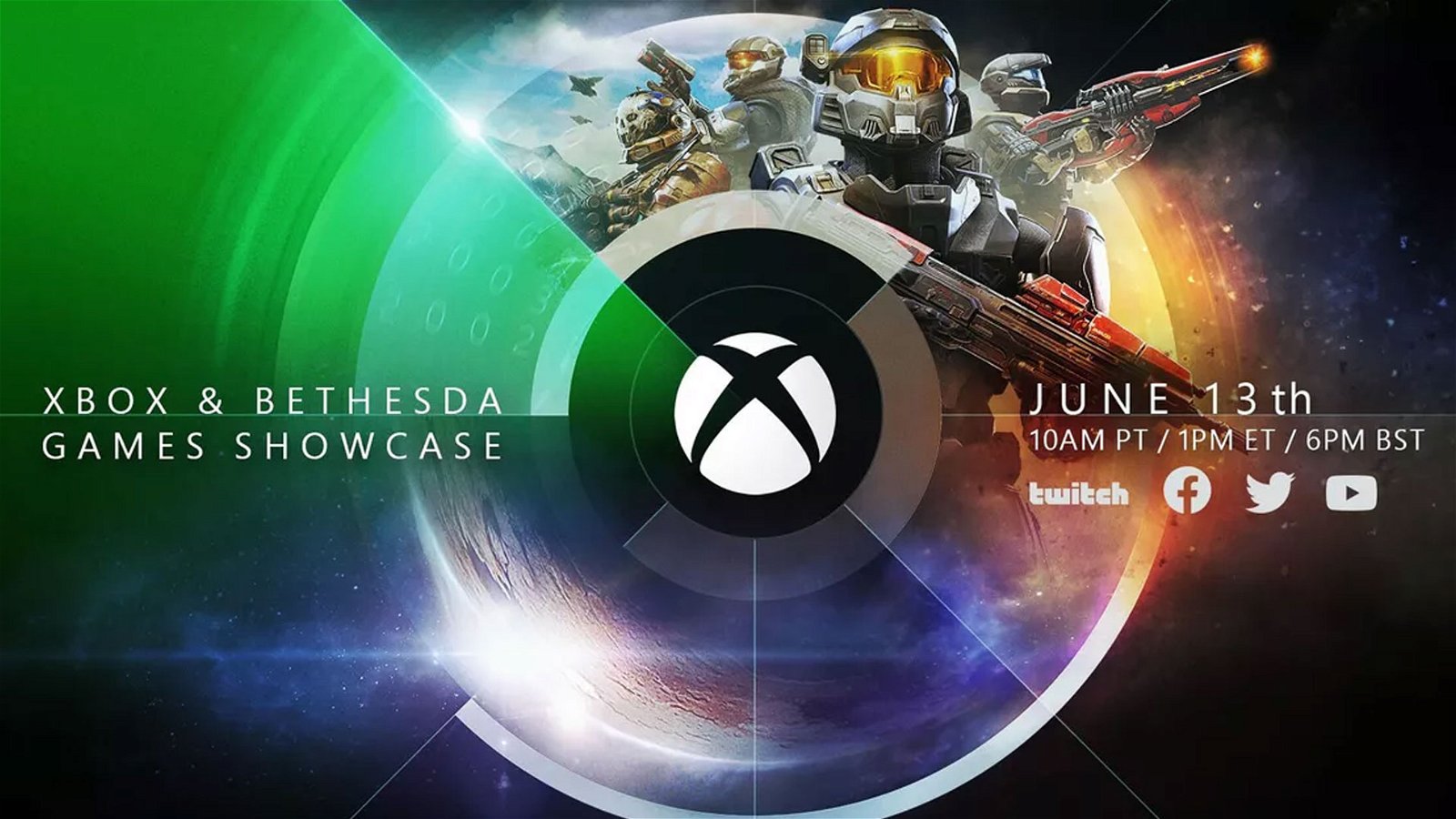 This afternoon gamers across the world tuned in via various streaming, social and traditional platforms to witness the first ever Xbox & Bethesda Games Showcase.

It’s the first E3 2021-adjacent conference for either game publisher since Microsoft’s 7.5 billion dollar acquisition of Bethesda’s parent company, Zenimax Media closed this past March, officially welcoming all of the latter’s game studios and IP into the Xbox family.  Expectations were riding high for this all-digital event to impress, not only because of the highly anticipated re-reveal of 343 Industries’ Halo: Infinite; and the inevitable, full unveiling of Bethesda’s mysterious new IP, Starfield, but also because of the many other games from Microsoft’s 15 studios that aren’t part of Bethesda that had yet to be announced.

So did the Xbox & Bethesda Games Showcase live up to expectations?  Here are the main highlights of what was announced:

Bethesda Game Studios revealed its first full trailer for it’s new sci-fi epic game, which focused briefly on humanity’s establishment of a temporary staging base on what appears to be the moon before the Constellation Starship “Frontier NG1350” and its lone astronaut pilot (?) launches off to explore the solar system and the larger universe.  A gun which the astronaut lays down on the table and some robot walkers that can be seen outside the “well-lived-in” spacecraft suggest that there will definitely be combat and base building, both specialties of Bethesda’s Fallout franchise.  According to the trailer, Starfield will be “ready to launch” for Xbox Series X|S and PC on November 11th, 2022, and as the rumors have long suggested, the game will indeed be Xbox exclusive.  Sadly, no actual gameplay for Starfield was shown.

The first extended gameplay footage of GSC Gameworld’s  S.T.A.L.K.E.R. 2: was shown, revealing an incredibly lush and detailed world in its destroyed beauty.  Players will face off against fellow humans as well as terrifying, mutated creatures and bizarre environmental anomalies. The game will be coming first to Xbox Series X|S and PC on April 28, 2022 and will launch on day one into Xbox Game Pass.

The spiritual successor to Turtle Rock’s developer Left 4 Dead reconfirmed it’s October 12th, 2021 release date, and along with a new gameplay trailer revealed two new surprises, the first being Swarm Mode, a competitive Human vs. Zombie gametype that will be offered alongside the main campaign mode, and the game will also launch into Xbox Game Pass for PC, Cloud and Console on day one.

Avalanche Studios, the developer behind Mad Max and the Just Cause series of games announced its partnership with Xbox Game Studios for a new, exclusive IP called Contraband.  Teased in a very brief trailer taking place in the protagonists’ workshop/hideout, the game appears to be a co-op action/adventure set in the 1970’s. Day one on Xbox Game Pass confirmed.

In partnership with Disney, Sea of Thieves: Season Three will be getting  new Pirates of the Caribbean-themed content in the form of an original expansion titled Sea of Thieves: A Pirate’s Life, which will star Jack Sparrow, his crew and his rivals, including the tentacled Davy Jones.

The 7th game in the mainline series joins the Kazuma Kiryu saga in Game Pass today.

The next Battlefield game premiered impressive new gameplay across its new stages featuring 128 player battles and the various forms of transport and weaponry that will be at their disposal.  Some ridiculous lighting storms, sandstorms and tornadoes also made an appearance.  October 22, 2021 is the impending release date.

Psychonauts 2 showed off more gameplay, focused mainly on combat and platforming (inside people’s heads, of course).  It’s release date for August 25th, 2021 was revealed, and reconfirmed as launching in Xbox Game Pass.

10 more Bethesda games have been added to Game Pass, including Doom Eternal, Fallout 76, and Skyrim, which just turned 10 years old!

New gameplay footage from campaign and multiplayer were shown, and while the game is certainly looking better overall than it did a year ago, actual first-person gameplay was scant.  New details regarding the fate of Cortana were revealed, maybe too much in fact.  Halo Infinite’s multiplayer was confirmed as free-to-play, and that it will launch alongside the campaign “this holiday”.

Will come to Xbox Series will come both to PC and Xbox consoles on September 23rd, 2021, with an open multiplayer beta test coming in August.

The sequel to A Plague Tale: Innocence was revealed in a new trailer, and will come to Xbox Series X|S in 2022, launching directly into Xbox Game Pass.

The spiritual successor to the Suikoden series of RPGs as well as it’s action-based, hack and slash spin-off, Eiyuden Chronicle: Rising will be coming to Xbox consoles and Xbox Game Pass in 2022 and 2023, respectively.

Will come to Xbox Series X|S on July 27, 2021, and will see a Top Gun: Maverick expansion (based on the upcoming film) later this Fall.

will launch into Xbox Game Pass on PC on October 28, and will also launch on Steam in addition to the Xbox Game Store.

The sequel to Obsidian Entertainment’s critically acclaimed first-person RPG, The Outer Worlds 2 was revealed in an incredibly tounge-in-cheek trailer that didn’t provide too many details, but certainly set the tone for new game.

was officially revealed, with its new setting of Mexico confirmed.  Unlike it’s sister game, Forza Motorsport, the game is coming soon, like November 9, 2021-soon, and looks more amazing than any car game, even a Forza game, deserves to look.  Xbox Game Pass of course is on lock.

Arkane Studios Austin revealed its next game, Redfall, a co-op open-world shooter where players battle vampires as well as their cult followers.  Like Starfield, this Bethesda Game Studios title will be a hard-exclusive to Xbox X|S and PC.