Final Fantasy is coming to the world of Forza Horizon 3 with upcoming DLC. 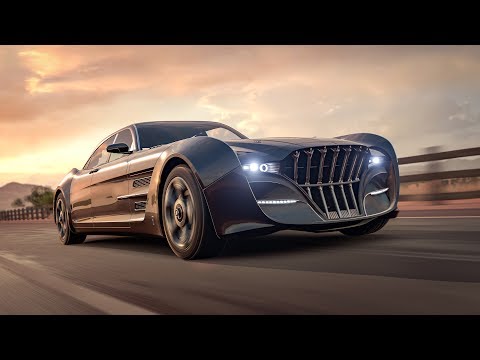 The Regalia is a vehicle that made its debut in Square Enix’s Final Fantasy XV. The car served as the main mode of transportation for protagonist Noctis and his companions. In Final Fantasy XV, the Regalia featured a variety of different forms. Square Enix recently released the Type-D Regalia, an off-road type which allowed players to better explore the game’s world with the vehicle. Only the standard version of the Regalia has been confirmed for Forza Horizon 3.

In Forza Horizon 3, the standard version of the Regalia will be 21 feet long and seven feet wide. It will also come equipped with a 7.2-liter supercharged V12 which offers up to 536 horsepower. The team behind Forza Horizon 3 will be releasing a special edition of Heavy Metal Affliction later today, a series that gives a behind-the-scenes look at some of the work that goes into the Forza titles. This special edition will include a discussion between Square Enix, Playground Games and Turn 10 about the making of the Regalia for Forza Horizon 3.

The Regalia will be arriving in Forza Horizon 3 by August 1. Players interested in receiving their code must have Final Fantasy XV or Forza Horizon 3 installed on their console by this day in order to receive their code.