Season 5 of Fortnite has landed and Epic has brought with it, a massive patch, adding a plethora of new content and changes to both the Battle Royale and Save the World modes within the game.

Firstly, the map within the game world has gotten a bit of a facelift, with Epic adding several new areas. Including Paradise Palms, Lazy Links, in addition to several other areas that Epic is choosing to stay mum about, allowing players to explore the updated map on their own accord.

Another big change has been made in the Moisty Mires area of the map, with most of the actual moisture being sucked dry, replaced with a desert-like terrain — a perfect change in landscape for Fortnite’s latest vehicle, a all-terrain kart (ATK), allowing up to 4 players in your squad to ride together while offering players a nice speed boost in addition to a bouncy roof that acts as a launch pad, ensuring escape from tricky situations.

One of the more interesting additions, specifically regarding traversal, comes in the form of rifts, literal cracks in space that when engaged, transport players back into the sky, similarly to when skydiving off the bus, during the start of a game.

In terms of weapon rebalances and tweaks, the biggest change is in regards to the pellet spread of the shotgun, previously, shotguns followed a random algorithm in order to determine the spread, with the latest update, all weapon damage and reach has been fixed to be consistent, something fans have been wanting for a while now. Players will now be aware of exactly how many pellets have successfully hit and damaged a target, further taking the guesswork out of encounters. Additionally, a small cooldown period has been added between shotgun shots, most likely in order to clamp down on trigger-happy players. Finally, heavy shotguns have gotten a bump up from 5 pellets to 10 when shot. 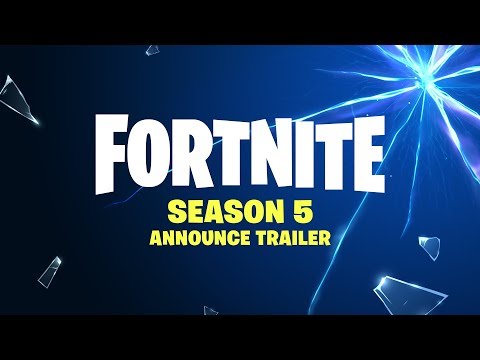 Some of the additional changes from the patch notes can be read down below:

Players interested in checking out further details are encouraged to check out the official Fortnite blog post regarding the update.

Liked this article and want to read more like it? Check out Amys Chen’s E3 2018 Square Enix coverage.