Funimation and Crunchyroll Partnering Together to Provide Subs, Dubs

Funimation and Crunchyroll. The two companies are household names in the world of North American anime viewing. Crunchyroll, of course, hosts one of the biggest subtitled anime streaming services across the world: Providing immediate releases of the latest anime episodes shortly after their initial broadcasting. Funimation, meanwhile, is known for their large library of home releases and English dubs. We also have them to thank for bringing Dragon Ball Z to Western audiences after its 1995 English dub. It’s safe to say they’ve revolutionized the industry. And today, they’re partnering together to provide even more content to anime viewers.

The Funimation and Crunchyroll partnership was announced earlier today in a blog post on the Funimation Blog. But what does it entail? In short, Crunchyroll will be receiving subtitled Funimation shows for fans that prefer subs over dubs, whereas Funimation will be providing Broadcast Dubs for certain Crunchyroll simulcasts within a two to four week time period after a given series’ episode airs in Japan. According to Anime News Network, this means that Grimgar of Fantasy and Ash, Psycho-Pass and Cowboy Bebop will all be available on Crunchyroll starting today. Meanwhile, Broadcast Dubs will be covered on FunimationNow for 91 Days, Orange and Mob Psycho 100 too. Neat! 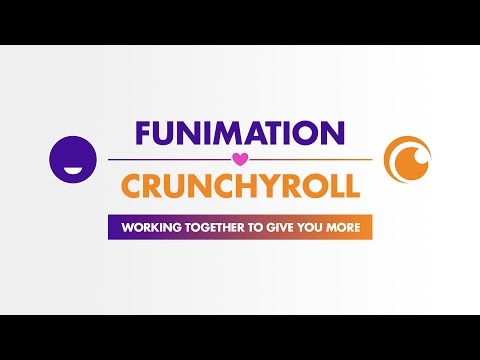 Funimation has been known over the past couple decades for their home releases, and the partnership looks to expand on that as well. Various Crunchyroll titles are planned for distribution via Funimation, including Ace Attorney, JOKER GAME, ReLIFE and Bungo Stray Dogs. As noted in the official announcement, releases will include voice acting in both Japanese and English. So no need to choose your preference, both will be covered.

Subtitled versions of Funimation shows “will happen in stages,” and Funimation promises to “post updates to [their] Blog with new changes.” The partnership is limited to the United States and Canada at the moment. Expect more news in the coming weeks ahead as more releases from Crunchyroll and Funimation emerge.