Indie developer Motiga has been through a lot trying to finish their MOBA Gigantic. The studio faced delays and significant layoffs, so the future of the Microsoft exclusive was questionable at best.

However, Motiga has partnered with publisher Perfect World Entertainment to secure the future of the Gigantic. The announcement came from CEO and founder of Motiga Chris Chung via the official Gigantic website. Within the post, Chung says, “This partnership is a huge step for Motiga, as it allows us to continue working towards realizing the vision the development team had for Gigantic – a great competitive online game. Even more so, it accelerates opportunities for Gigantic by having more resources available to us.”

Chung goes on to say, “It has been a long road to this point, and we’ve been humbled by the amount of love and support that has come from the community throughout the journey. There were friends who wanted to raise money for the studio through donations and crowdfunding. I received daily messages of encouragement in my inbox from our fans; it’s been an incredibly grateful experience. I can’t give enough thanks to all of you for the love and support you’ve shown us.” 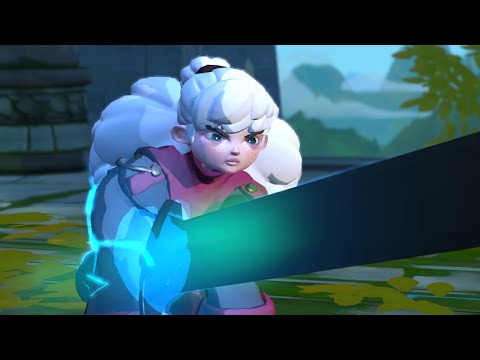 The goal of Gigantic is to battle through enemy champions and reach the opposing team’s “gigantic” monster, known as a Guardian. It is reminiscent of other titles in the MOBA genre, yet diversifies itself through an early focus on player-to-player combat, rather than AI-controlled minions.

Gigantic will be available through Windows 10 and Xbox One cross play. The game recently underwent a closed beta, with a public open beta likely on the horizon.