Those of you looking forward to the advancement of technological integration in our day-to-day lives will be happy to know Google has got your back.

Google held their massive I/O 2016 press conference, outlining their bold step forward into the future of hands-free management. To begin, Google CEO Sundar Pichai, highlighted a more “conversational” Google Assistant, allowing users to conduct Google searches in a more natural way. Pichai made the example that a user may say “who directed The Jungle Book?” Google would respond: “Jon Favreau,” to which the user could say, “what else has he done?” and the Google Assistant would intuitively know to look up Jon Farvreau’s filmography.

This new technology would play into Google’s newest product, the Google Home. The Home would essentially be an in-depth home management tool. While appearing like a portable speaker, the Home can connect with multiple devices, including speakers and video displays, with further applications down the line to control your home’s lights and temperature. The focus is a hands free living, with Google’s improved assistant also built into the device. Users could do anything from plotting routes before leaving the house, ordering food, managing schedules, etc, conveniently and as seamless as having a conversation with another human.

The biggest announcement was Google’s new Android powered VR platform, titled Daydream. Available for smartphones, VR headsets, and app development, Daydream will essentially be (for lack of a better term) an open-source platform. Google will provide reference designs, however developers will more-or-less have free range to create on Daydream. Ubisoft and EA have announced support for Daydream, as well as several mobile developers.

Finally, out of the conference were a firmware update for Android Wear products, which included more customization options, the ability to use any app on any watch-face and standalone apps that can be used independent of a phone. Also announced was “Android Instant Apps” which are essentially app demos, allowing users to run apps they don’t have on their phones, in order to preview them.

While it’s exciting to see Google moving us forward towards more technologically integrated lifestyles, one can’t help but worry that this is exactly how cyberpunk dystopias begin. First we let Google drive us places, now we’re letting them remotely control our houses, this feels like a slippery slope.

You can check out the Keynote speech in the video below, as well as more details about the I/O 2016 event at their website. 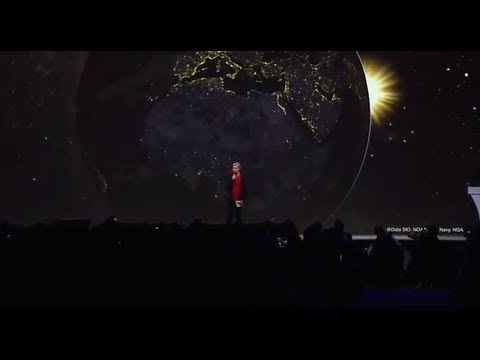