How to Play the Call of Duty: Vanguard Alpha on PlayStation Consoles 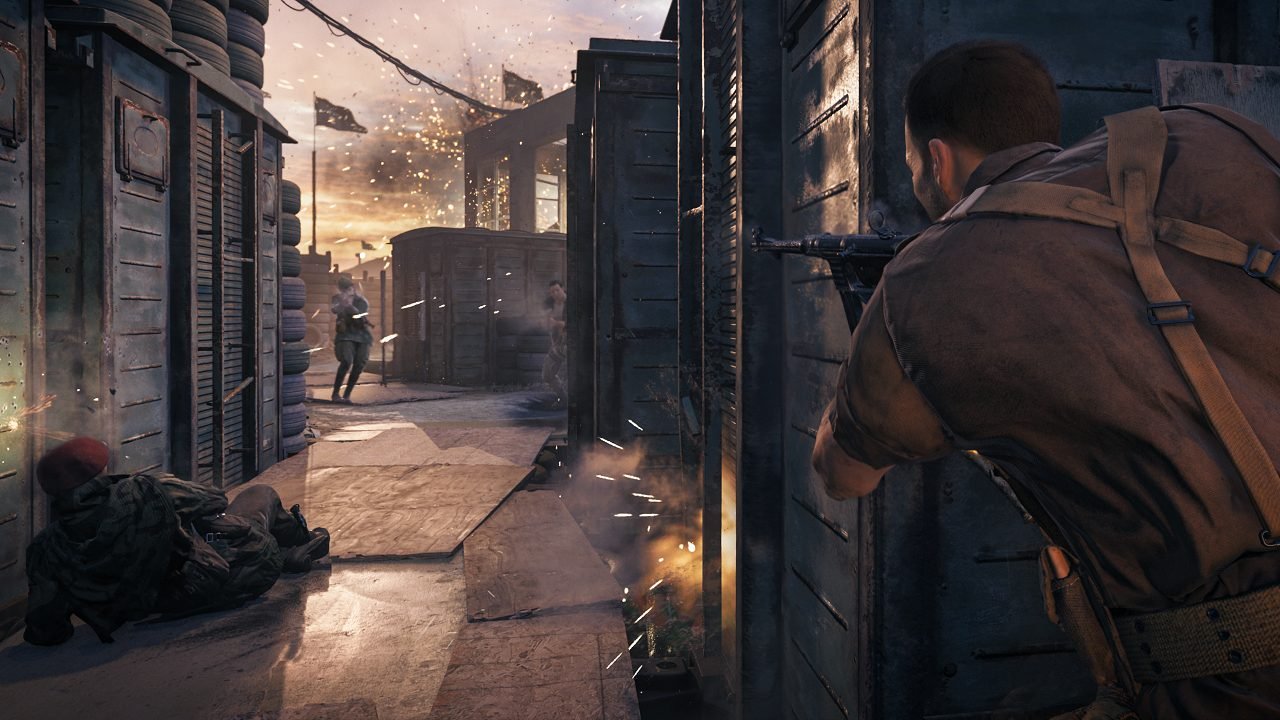 Activision’s Call of Duty: Vanguard has a free playable Alpha but it’s only available on PlayStation 4 and PlayStation 5.

This weekend, from August 27th to August 29th, PlayStation players can get a peak at a small slice of Activision’s upcoming Call of Duty title. The Alpha features a mode new to the Call of Duty series called Champion Hill.

Once downloaded players will be introduced to Champion Hill, a multi-arena survival-based mode. It combines strategy, fast-paced action, and close-quarter gunplay. It’s a Round-Robin-style match with limited lives. It can be played in Duos or Trios. A Solo option will be available in Champion Hill in the full game at launch but it will not make an appearance in the Alpha event.

Call of Duty: Vanguard’s Alpha can be accessed starting at 10 AM PT on August 27th and will run all the way until 10 AM on August 29th. That’s 48 hours for players to get a feel for Vanguard and the new mode. It’s also just enough time to speculate on what else can be expected when the game releases later this year.

In Champion Hill, players will start off with $500 of in-game cash, which can be used at the Buy Station Area to upgrade weapons or purchase new equipment, perks, etc

Multiple squads will fight it out in rounds. Squads that win rounds are awarded a $1,000 cash bonus. Eliminating enemy squads results in additional cash and rewards, along with the squad’s weapons and equipment.

The final round is between the last two squads, and that’s when the action will most certainly reach a boiling point. Any cash saved up and be spent and both squads get an opportunity to restock on supplies and equipment. Eliminated squads can watch the remainder of matches, which should help players improve. It also should be pretty entertaining to see the best players from the match throw everything left at each other.

Pay attention, keep your head up, and listen to your squadmates to come out on top. It feels like Champion Hill should quickly become a player favorite; it sounds like it combines the adrenaline and excitement from both Warzone and Team Deathmatch, with some fun twists thrown in for good measure.

The full multiplayer reveal will be on September 7, 2021, along with a Beta that will take place afterward. The details from Activision Blizzard do not state whether or not the Call of Duty: Vanguard Beta will be exclusive to PlayStation owners or feature any kind of timed exclusivity.

The sexual harassment lawsuit against Activision Blizzard continues, including California’s massive investigation into a list of allegations that could only be outnumbered by the number of Activision employees that have been laid off (despite record-breaking profits.) Call of Duty: Vanguard is scheduled to release on November 5, 2021, so it could come out while the lawsuit is still in progress.