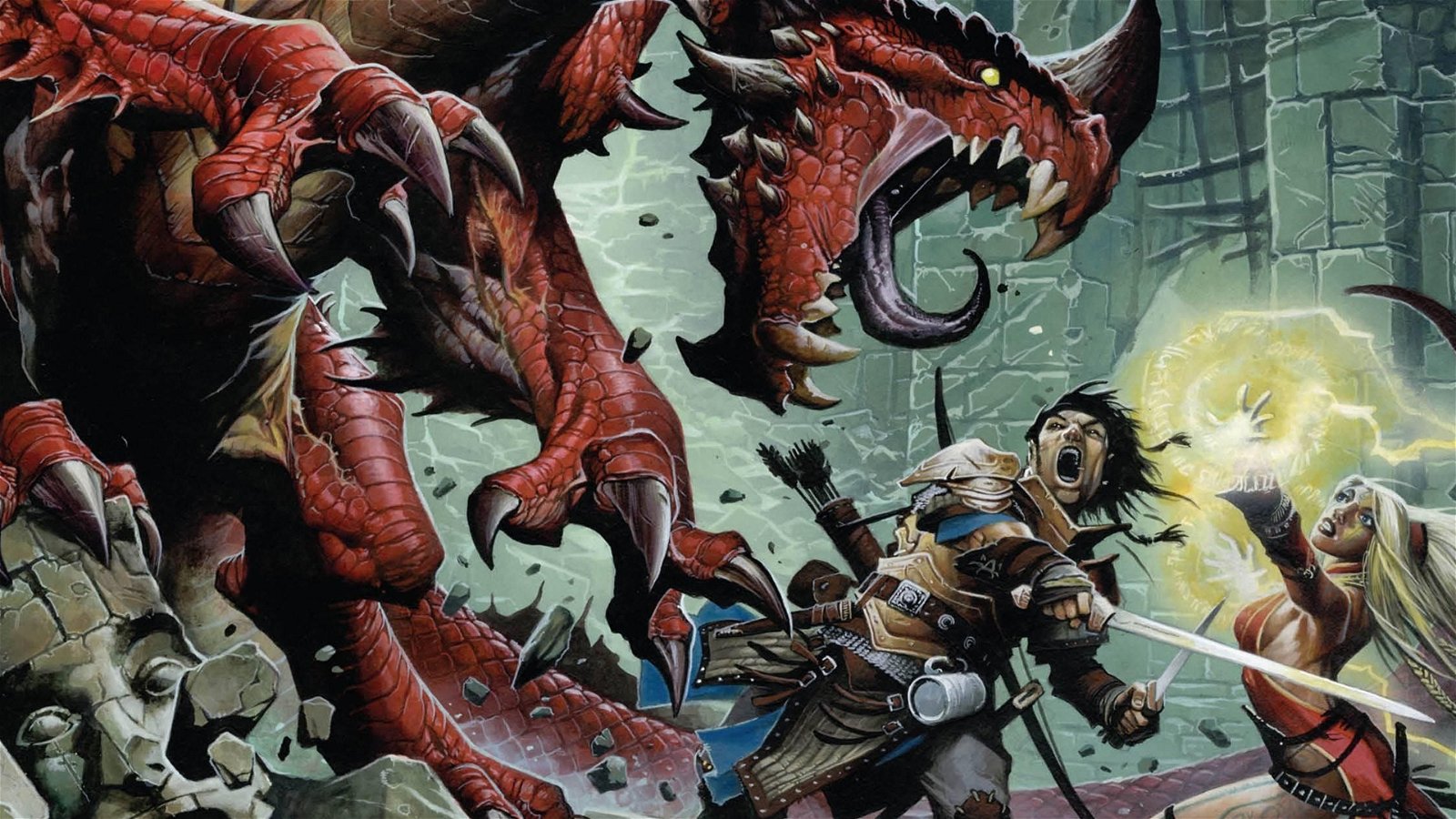 Humble Bundle is offering up a massive deal on RPG books, specifically the Dungeons and Dragons alternative Pathfinder.

Pathfinder found it’s prominence at the time D&D was rolling out it’s 4th edition, basically being an updated version of D&D’s 3.5 edition (acclaimed by fans as the best edition). When D&D’s 4th edition proved to be too simplified, many fans turned to Pathfinder to continue playing the version they loved best.

If buyers pay above the average of $17.46 or more, they will gain access to : Inner Sea World Guide, Strategy Guide, Bestiary, Ultimate Equipment, Pathfinder Society Scenario 7-01: Between the Lines, Adventure Path: Turn of the Torrent (Hell’s Rebels 2 of 6), and an Advanced Player’s Guide.

At $25 dollars, buys will be given a physical version of the Pathfinder Beginner’s Box.

It’s quite an amazing deal for such a robust and challenging pen-and-paper RPG, one that remains a gold standard over some of the more recent D&D offerings. As a massive tabletop RPG fan, I cannot recommend this enough.