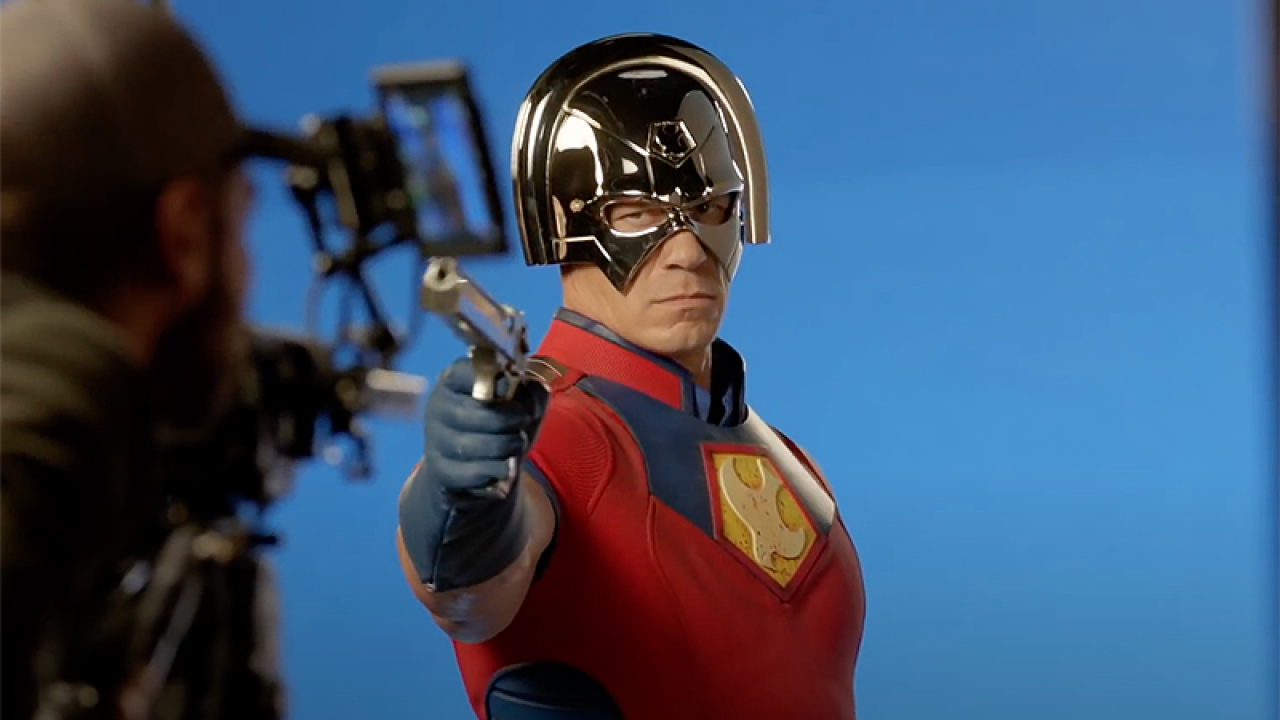 Peacemaker, played by John Cena in the anticipated 2021 film, The Suicide Squad, will carry on to HBO Max for a spinoff streaming series. Cena must’ve really impressed both James Gunn and Warner Bros. enough with his role as Peacemaker because it isn’t often that actors get recast as he has for a television series continuance. In fact, DC Comics reports that Peacemaker will be the first DCTV and HBO Max series with connections to DC’s shared movie universe.

In the short time that Cena has taken to the big screen, post his prime WWE days, he’s landed some prestigious roles; however, there is always an ideal role or two that allows an actor or actress to truly shine as they embrace the character they’re playing, and Peacemaker just might be Cena’s most memorable role to date. Cena voices his gratitude and excitement with the DC Universe saying, “I have said before that it has been a tremendous honor and an incredible opportunity to be part of The Suicide Squad and to work with James on what is going to be a fantastic movie. I am unbelievably excited to have the chance to team up with him again for Peacemaker. We can’t wait for fans to see this.” There is no doubt the collaboration between the two will turn out as a real showcase of originality.

In The Suicide Squad trailer, Cena expounds briefly on what it will be like experiencing his character Peacemaker, “Like a douchey Captain America–” which lines up perfectly with James Gunn’s vision as he claims Peacemaker to be “the world’s biggest douchebag.” This character provides Cena the opportunity to be seen in a new light, and because Peacemaker isn’t a familiar superhero or supervillain, then there allows for less judgment regarding expression when fans get introduced to this douche on-screen.

Peacemaker will potentially become synonymous with the name John Cena, and while his character may not be all-too-familiar, fans around the world have become accustomed to the very familiar and entertaining John Cena. In an online poll posted by IGN, fans were asked, “Which new character from James Gunn’s The Suicide Squad are you most excited for?” The majority ruled for John Cena as Peacemaker. He will star as Christopher Smith from the comics, whose most recent appearance is in Doomsday Clock, which still sells for an affordable price compared to Peacemaker’s first appearance in a series called The Fightin’ 5 that sells from anywhere to a few thousand dollars on eBay.

Director, James Gunn, Tweeted to Microsoft thanking them for gifting him a new Xbox Series X personalized with his name on top. In this tweet, he shares that it’s a busy time for him, but there is a chance he’ll get to game as he begins a two-week quarantine before filming for the Peacemaker series.

HBO Max is the new home of all the DCTV series, including Doom Patrol, Titans, Harley Quinn, Young Justice, and soon to be Peacemaker by Fall 2021.