Join Snoop Dogg on Twitch While He Streams SOS

Get ready to sit back, light up, and chill with Snoop Dogg on Twitch.

Outpost Games has done a lot to promote their latest multiplayer survival title, SOS. Along with the game’s early access release, Hero.tv is currently streaming none other than the legendary rapper Snoop Dogg as he plays the game alongside a few others. The stream is also available on Snoop Dogg’s own Twitch channel, perfectly named Doggydogg20.

SOS is a multiplayer game where up to sixteen players can work together to survive the dangers of a monster-filled island and escape by chopper. Unlike many of the popular battle royale games released in recent years, the goal of SOS isn’t to be the last player standing but instead to work together with other players to collect a relic hidden somewhere on the island and escape with it.

Snoop’s not the only celebrity onboard with promoting SOS. Just yesterday, Outpost Games uploaded a preview video offering tips on how to play SOS, voiced by the famous Morgan Freeman. 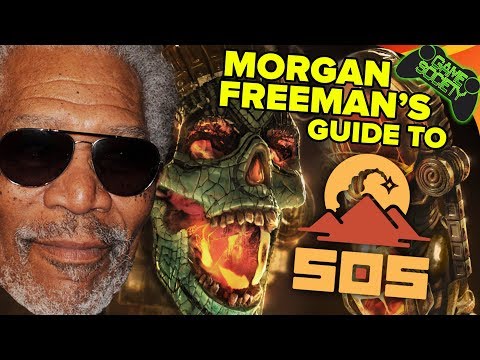 Anyone interested in watching Snoop Dogg take down some monsters can check him out right now. SOS is currently available on Steam.