Developed by CyberConnect2 and published by Bandai Namco, Eyes of Heaven will be releasing on June 28, 2016 for PlayStation 4. Featuring over 50 playable characters and sends players through an original story spanning all 8 generations of JoJo’s Bizarre Adventure. 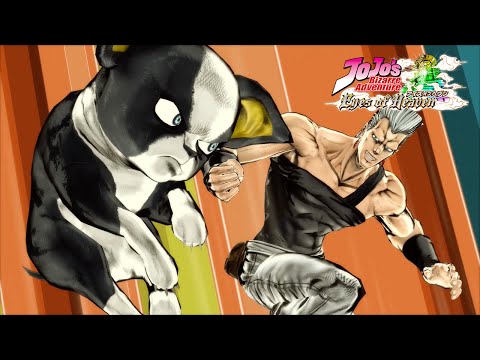 A number of gameplay changes have occurred since the release of the 2-D fighting game predecessor, All-Star Battle. Eyes of Heaven has been developed as a 3-D fighter similar to J-Stars Victory VS, allowing players to fully traverse the arenas and battle in teams of two.

Unique specials called Dual Heat Attacks can be executed when you partner up two specific characters like grandfather and grandson pair, Joseph Joestar and Jotaro Kujo. Players can also take their skills online in competitive multiplayer with up to four players on PSN.

JoJo’s Bizarre Adventure Eyes of Heaven will release with only Japanese voice-overs, with the cast of the popular anime reprising their respective roles and will feature english subtitles.