Remastered and Ready to Rumble 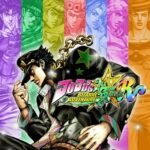 As far as licensed games go, 2013’s JoJo’s Bizarre Adventure: All Star Battle on the PlayStation 3 is one of the console’s better games. The late and exclusive fighter packed a wallop of content but was ultimately lost to time. Outside emulating the game on more capable hardware that offers higher framerates, the experience of playing the game on PlayStation 3 can feel dated and inaccessible to most.

Thankfully, with the rise in popularity of the anime and Part Six’s (Stone Ocean) recent debut on Netflix, Bandai Namco/Cyberconnect2 seemingly remembered All Star Battle was a thing and decided to give the green light on a remaster.

Enter JoJo’s Bizarre Adventure: All Star Battle R — a remaster of the 2013 original, with a few new flourishes and additions that sweeten the already content-rich experience and elevate it to new heights.

The story mode and campaign modes are now consolidated into a brand-new mode called All Star Battle, which features a mix of iconic fights from the manga and what-if battles with characters spanning the different eras of the series. The what-if encounters in the new mode are a welcome change and offer some fun banter between characters that otherwise could not meet. Optional hidden challenges and winning conditions are peppered throughout the fights in the All Star Battle mode which grant additional in-game currency and are used to unlock gallery art, costumes, and other bonus items.

Somewhat disappointingly, practice mode seems to be the same as it was in the PS3 game. A fleshed-out tutorial would have gone a long way in modernizing the game and teaching veterans and newcomers some of the nuanced changes to combat in the remaster.

Speaking of changes, the actual fights in JoJo’s Bizarre Adventure: All Star Battle R feel much more responsive thanks to the bump to 60FPS, making move inputs easier to pull off. The most significant addition to the fights would be being able to call in supporting characters during a match. Support characters are not made equal, with certain characters only allowed to be summoned once or twice, versus others who can come in indefinitely over a cooldown system.

If you’ve never played JoJo’s Bizarre Adventure: All Star Battle, the combat system in the game feels similar to something like Street Fighter, with most relegated to quarter circle, half circle and zig-zag motions, followed by a button combo. The eclectic character roster includes characters with different fighting styles, which helps give the game a unique feel. These powers include Stand users, or those who can summon a powerful persona during battle, Hamon users, those capable of storing energy, and a few truly unique fighters with special styles exclusive to them, such as Dio’s vampirism.

The disparate fighting styles somehow come together in a mostly balanced way, particularly for a game based on a manga. Even if you’re not a fan of the source material, JoJo’s Bizarre Adventure: All Star Battle R is a solid fighting game and worth picking up if you’re looking for a new fighter with an extensive roster of characters to choose from.

Graphically, JoJo’s Bizarre Adventure: All Star Battle R looks fantastic, no doubt due in part to the distinctly manga-inspired art direction found in the game, which primarily consists of assets derived from a game from over a decade ago, which further aids in highlighting the standout job Cyberconnect 2 has done with the property. If I had to nitpick, the only area where the graphics may look somewhat dated would be during close-up shots, where finer texture detail may appear of a lower quality, particularly on surfaces with a crosshatch or fine inky quality to them.

Overall, however, JoJo’s Bizarre Adventure: All Star Battle R looks excellent and may just be the most accurate realization of a manga-inspired game. Although I could not find any matches during the review period with the game, I failed to notice any mention of rollback netcode present in the game. The potential lack of rollback netcode may hurt the longevity of JoJo’s Bizarre Adventure: All Star Battle R, which for a modern port of a classic game may be a dealbreaker for some.

JoJo's Bizarre Adventure: All Star Battle R is a solid port of a great licensed game that goes beyond a simple remaster and should not be missed if you're a fan of the long-running franchise.
REVIEW SCORE
8
Buy Online
File Under: