Kentucky Route Zero TV Edition has been announced for consoles, in addition to act five coming for PC in early 2018.

Starting things off with the fifth and final act of Kentucky Route Zero. the final chapter will be available to PC players sometime in early 2018.

To coincide with the PC release of the final chapter, Annapurna Interactive will also release Kentucky Route Zero TV Edition for Xbox One, PlayStation 4 and Nintendo Switch on the same date.

Kentucky Route Zero TV Edition will consist of all the previously released episodes, including the fifth chapter of the point and click adventure, making it the complete edition of the game.

Those unfamiliar with the point and click adventure game, Kentucky Route Zero is a title about a secret highway in the caves beneath Kentucky, and the strange and mysterious people who travel it. Players follow the narrative of a truck driver named Conway and all the mysterious people he meets on his journey that spans five acts. Conway’s ultimate goal is to make a delivery for the antique company he works for by crossing the fictional Route Zero.

The first act for Kentucky Route Zero currently sits with an impressive Metascore of 81 on Metacritic.  The game was praised for its strange, yet beautiful art direction and atmosphere. With fans comparing it to classic titles such as Another World in addition to more contemporary titles such as Dear Esther. Fans of old-school point and click romps who haven’t played the game before should consider the upcoming TV Edition of the title, which brings all the episodes together, in one, nice package. 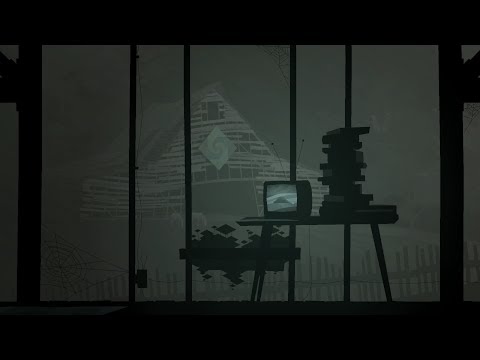 Annapurna Interactive is a division of Annapurna Pictures, the studio behind several hit movies including Zero Dark Thirty and Her. Kentucky Route Zero TV Edition is the latest title to join Annapurna Interactive, along with the likes of What Remains of Edith Finch, and upcoming titles such as Ashen and Telling Lies.