Kirby’s Blowout Blast will be available on July 8, 2017 in North America and Europe, four days after its Japanese release. The game is an upgraded version of the sub-game found in Kirby: Planet Robobot, called “Kirby 3D Rumble.” Kirby’s Blowout Blast features larger 3D environments compared to the original and offers over 25 stages to play. Players will be ranked with gold, silver or bronze medals determined by how efficiently the stage is completed. A trailer was released in Japan, explaining the mechanics of the game while showing off some of the stages and bosses. Kirby’s Blowout Blast will also feature amiibo support, granting players in-game trophies of characters from the Kirby series. 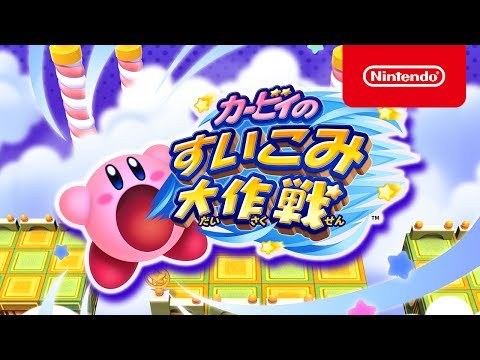 Kirby’s 3D Rumble controls much like a standard title starring the pink ball, but from a 3D perspective. Each stage tasks players with defeating all of the enemies as fast as possible. Enemies will often line themselves up in ways so several can be inhaled at once allowing players to take out baddies efficiently.

This won’t be the first time Nintendo’s created a full title out of a Kirby sub-game. After the release of Kirby: Triple Deluxe for the Nintendo 3DS in 2014, Nintendo released two expanded sub-games on the eShop. The first was for a rhythm game called Dedede’s Drum Rush. The second was a fighting game expanding on Kirby Fighters, Kirby Fighters Deluxe.

In April, Nintendo released Team Kirby Clash Deluxe onto the eShop. Like the titles before, this game is an upgraded version of sub-game. Based on “Team Kirby Clash” from Kirby: Planet Robobot, players can form teams up to four in order to fight bosses using modified copy abilities. By earning experience through their performance in battle, players can level up and increase their base stats.

Aside from Kirby’s Blowout Blast, a new entry in the series is currently being developed for the Nintendo Switch. No details or an official title have been announced at this time.