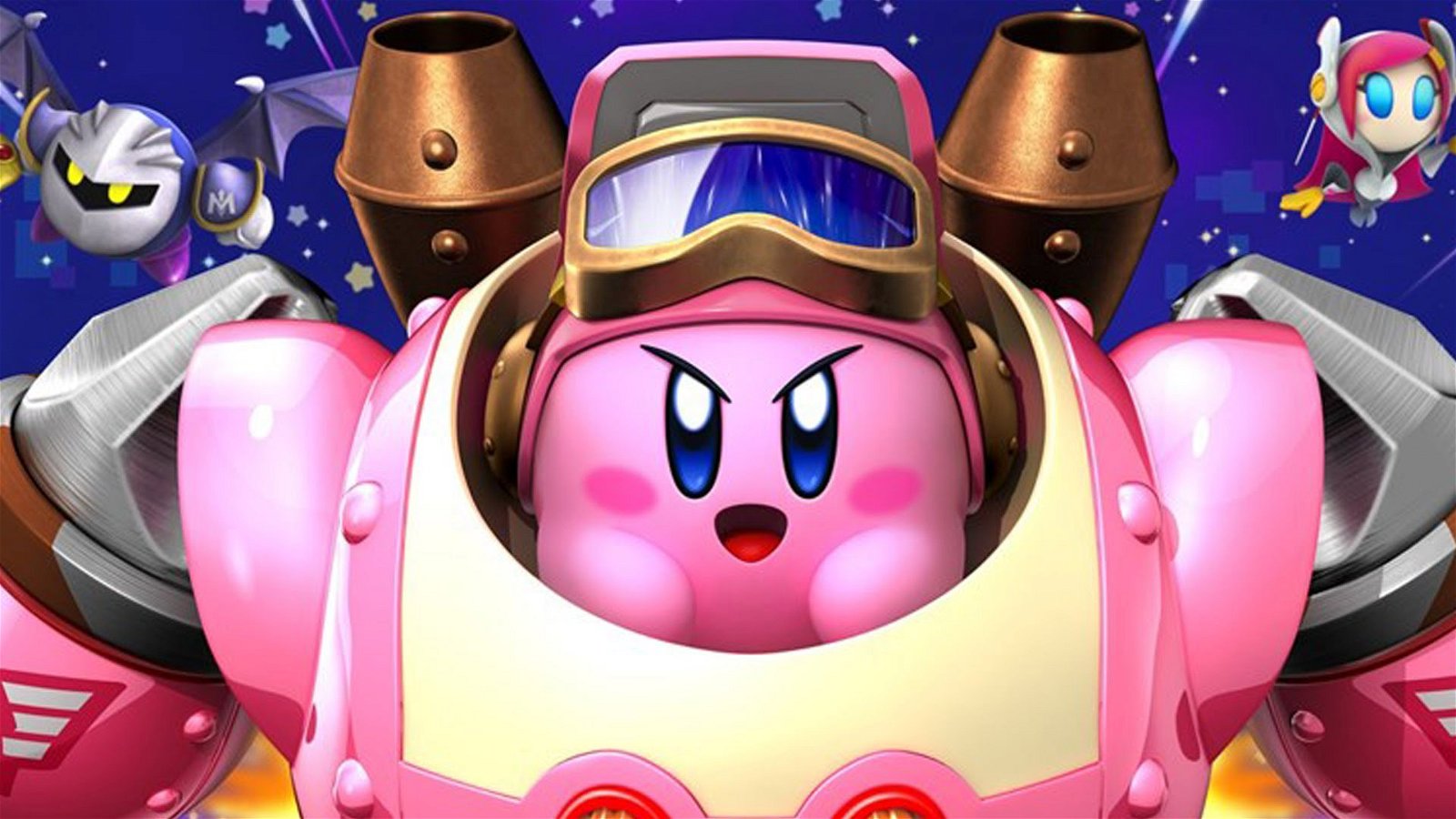 Kirby is one of Nintendo’s most consistent and reliable franchises. It seems like whatever the Big N tries with the ever-hungry pink power, just works. He’s been a pinball, yarn, and even clay, yet his adventures are always fun, and despite their lack of difficulty, they’re memorable.  But it’s when he goes back to his roots that Kirby is at his best. Kirby 64, Nightmare in Dreamland, Return to Dreamland and Triple Deluxe serve as periodic reminders that Kirby is most enjoyable in a simple 2D platformer. That is essentially Kirby: Planet Robobot, a classic Kirby style game—just with mech-suits this time. After picking this up and doing my best Gundam Wing impression, I can’t put it down. It’s just so badass.

This tone is set right from the opening cinematic. Everything is more realistic compared to what we normally see from the franchise. An alien-robot-UFO-thing appears over King DeDeDe’s palace and lays waste to the penguin monarch’s castle. While this is going on, Meta Knight swoops in for an attack in his vaguely phallic ship, but quickly meets the same fate. That’s when Kirby finally wakes up, and he’s not messing around.  This sets players off on their adventure, and gives them a taste of what to expect throughout the game. That is, except for the visuals. The game jumps back to a more comfortable and familiar style.  It’s kind of jarring to see the game revert to that art direction after such a different cinematic take, but it’s not like we haven’t seen a Kirby game like this in the past. I just wish Nintendo stuck to one style instead of getting me excited for an epic adventure that, stylistically, they won’t deliver.

that, Planet Robobot is still one of the more epic games in the franchise. It doesn’t stray far from people’s expectations for a main entry in the series, though. It’s a classic platformer where players go from level to level through an over- world that doesn’t serve much of a purpose. Oh, and there are a lot of robots. Kirby does what Kirby does and eats regular to steal their power, but now he can do that ina mech suit. And, honestly, it’s the best thing to happen to the series in ages.

I piloted mech suits with weapons ranging from flamethrower arms to buzz saw hands, and it was honestly fantastic. Yeah, you’re insultingly overpowered, but there is a sense of pure joy in destroying everything in your path.  But the robo-suits are only a small part of the game. A lot of your playtime is just as vanilla Kirby, and that’s still really fun.  All your favourite power ups return, like the “Beam” and “Sword” abilities. And this time, there is amiibo support. We tried out the Waddle Dee figurine, which gave Kirby a “Super Parasol” ability. It was almost exactly like the normal umbrella, but with a different color scheme and a bit stronger.

It’s hard to say if it really was that much more powerful, however, as the game is terribly easy. I never really felt like I needed extra help. The only real challenge (and I use that term loosely) comes from collecting circuit cubes. These are scattered across levels to varying degrees. They’re normally hidden or require solving some kind of puzzle. They aren’t difficult to find in any way, and the only purpose they serve is to take down “fire walls” to get to other levels. Each wall requires a certain amount of cubes, but I found that taking one or two per stage worked well enough. Granted, one can collect all of them to gain access to sprawling bonus levels, but that’s entirely optional.

Despite this lack of difficult, level design was still top notch, with varied gameplay and some very good use of the background and foreground. While it still is a platformer at heart, Planet Robobot takes a page from many classic games and mixes in elements of other genres. In one particularly great segment, Kirby’s mech transformed into a plane. This changed the game into a shoot ‘em up, something that came out of left field. While not every level features that drastic of a shift in direction, there is a lot playing with the depth-of-field. Most levels require Kirby to jump back and forth using strategically placed stars. But while you’re on one side of the level, you can still see the other. You have to keep mental notes of what you saw and where you saw it so you can go back, or you wasted your time.

To supplement the main game, there are a few mini-games packed in as well. They’re nowhere as deep or zany as the main game itself, however. The first is titled “Kirby 3D Rumble. Here, you suck up enemies baddies and shoot them at other enemies. The whole minigame in the vein of Super Mario 3D World, with a canted and isometric camera. It looks fine with the 3D feature turned on, but I managed to jump off the ledge because it messed with my perception. The other is the much more enjoyable “Kirby Team Clash.” In this mode, players and some friends team up with different powers to take down a big enemy. It’s simple, but the team-based boss battle gameplay makes for a fun, and chaotic time.

For the most part, I want to say Kirby: Planet Robobot is more than you’d expect from your typical Kirby game. But his past experiences are so varied, I’m not sure if I can argue that any more. That being said, this entry in the series embraces that philosophy of variety. Kirby can do whatever he wants and isn’t confined to tradition. If he wants to drive mech suits, he can. If he wants to change the game’s tone, he can. If he wants to mimic Super Mario, he can, and probably do it better. It just works. I don’t think any other character could get away that, but it’s what makes Kirby interesting. He’s a blank slate for the developers to paint on.

I had a blast with this game, and it might challenge for my favourite in the series. It’s crazy, it’s fun, it’s satisfying, and it’s badass. I am shocked at how much fun I had with Kirby: Planet Robobot.

I had a blast with this game, and it might challenge for my favourite in the series. It’s crazy, it’s fun, it’s satisfying, and it’s badass. 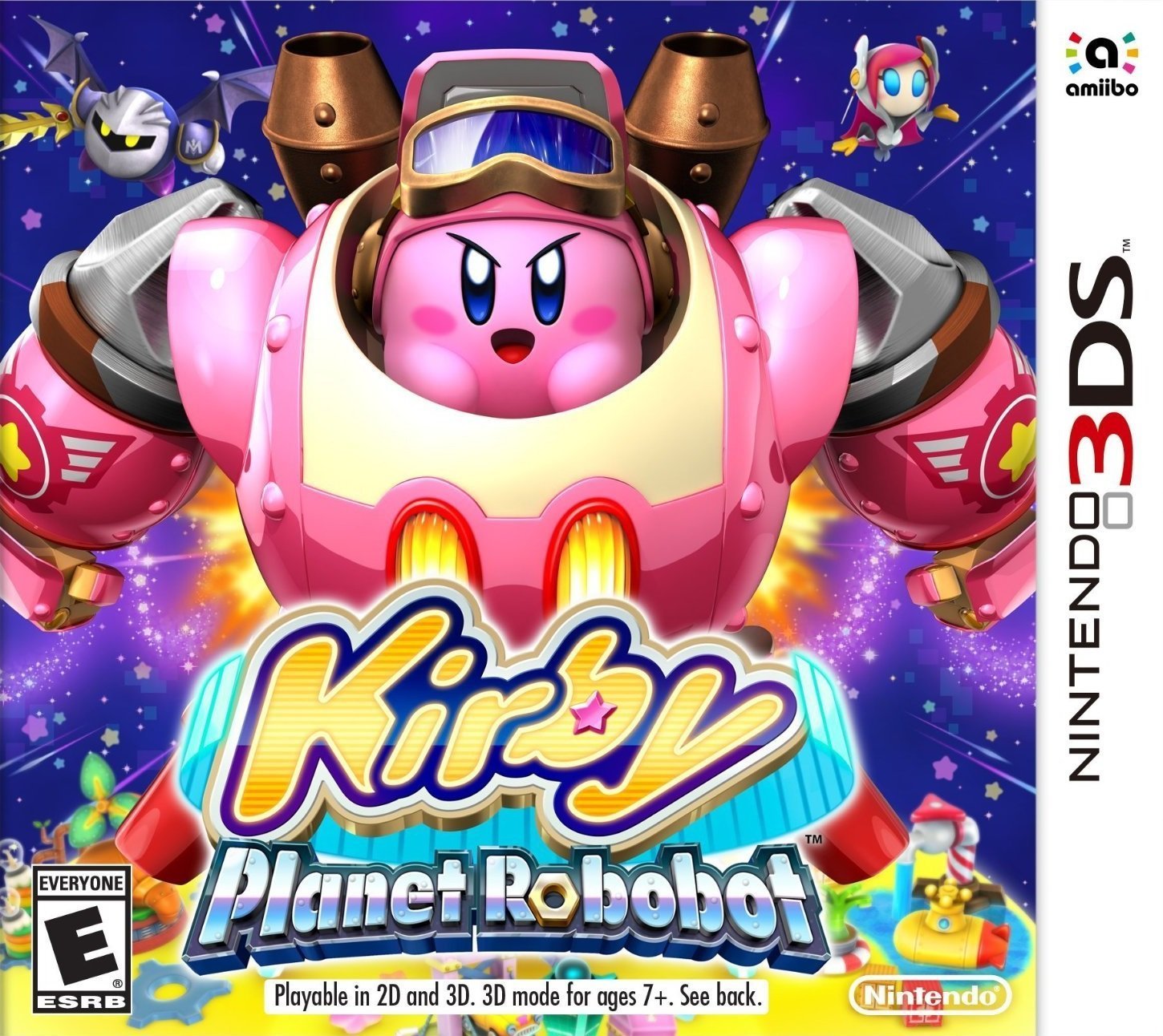