Even with Kojima now at a new studio, Konami is far from done with the Metal Gear Solid franchise. Today KPE, the amusement games arm of Konami, announced a Metal Gear Solid Snake Eater Pachislot machine.

Boasting some truly enticing cut-scenes, this new version of the game gives fans of the series what they always wanted, a Metal Gear game with little to no gameplay. Reducing Metal Gear to the core cutscene essence, Konami have made the inevitable final form of the legendary series.  By stripping out stealth, shooting, and all that pesky gameplay, Konami clearly demonstrates they know exactly what their fans want!

It is disappointing to see such a beloved franchise, and a game so many fan of the series hold in high regard, reduced to a glorified slot-machine.  A Fox Engine powered Snake Eater would be an exciting addition to the library of games, although if the recent Konami track-record is anything to go by, I don’t foresee that happening anytime soon.  Be that as it may, the trailer is still well worth watching, even if it is of a tease of a game few people outside Japan will ever get to play. 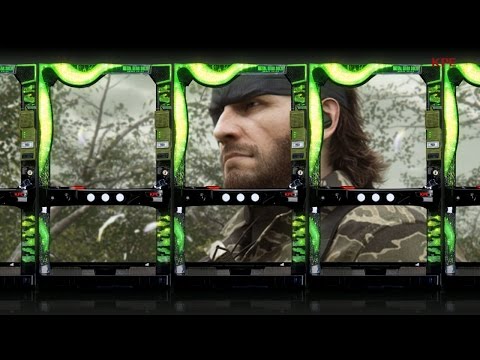