Lords Of The Fallen Becomes A Pocket-Sized Souls-Like

Mobile seems to be becoming more and more of a legitimate platform. In only a few months we’ve seen Final Fantasy, Super Mario and even Fire Emblem all find their way onto mobile in interesting games, well developed for the platform. Now the Souls-like Lords of the Fallen is throwing its hat into the mobile ring.

Announced via press release, CI Games is bringing their flagship title Lords of the Fallen to the mobile market, in a paired down version reminiscent of Epic’s Infinity Blade. According to the release, the game follows three heroes: a warrior, a cleric and a rogue; to “Keystone,” a forsaken monastery cursed by Demon Queen Akasha. Their goal: to kill the queen and reclaim the realm. 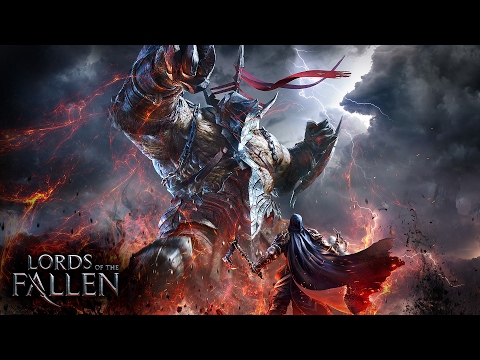 Much like Infinity Blade’s gameplay, Lords of the Fallen looks to combine swipe-based 1-on-1 combat with RPG mechanics. Each character looks to have their own combat style and can be customized and trained to improve different skills. Players can find materials picked up throughout their play time, which can be used for crafting weapons, armour and amulets.

The game is also said to include, 12 detailed and creepy locations set in the universe players may be familiar with on PC and consoles, 30 big monster types and 12 bigger bosses, and 60 weapons, 15 amulets, and 80 nerve-wracking combat encounters.

I’ve longed maintained that the mobile platform could and should be a solid avenue for gaming; despite following that sentiment with the lament that no publisher would ever do it thanks to the profitability of games like Angry Birds and Candy Crush.

However, with Nintendo taking the lead on changing that, making games that are not only suited to the platform, while still feeling like legitimate games. It’s good to see several other game developers seemingly following their lead, making interesting use of established console properties in the mobile space.

File Under: CI Games, Lords of the Fallen, Mobile