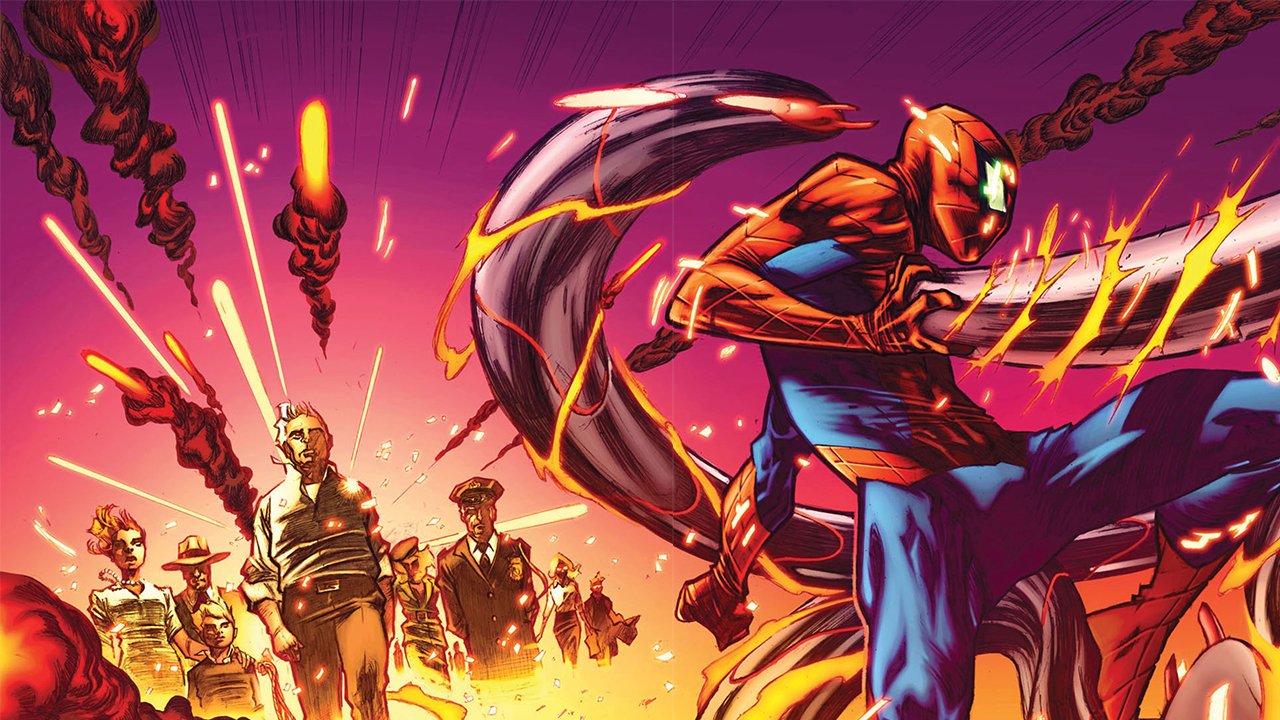 Marvel released two promotional teasers for Dead No More, an upcoming story featuring Spider-Man. The two pieces of artwork actually combine to make one whole image – an image that depicts Spider-Man defending himself from an unknown threat. On the left side of the image, a group of notable deceased people from Spidey’s past look to be marching behind him, including Captain George Stacy, Jean DeWolff, and, of course, Uncle Ben.

The pieces also reveal the release window for Dead No More to be Fall 2016.

The original teaser image from January offered a short description on the comic.

“If you got a chance to bring back someone who died, would you? And how will CLASSIFIED deal when ones they thought long dead once again walk the earth?”

CLASSIFIED was teased to be Spider-Man in the original image, and is confirmed to be so with the recent images. Spider-Man will inevitably be met by plenty of characters from his past in the Dead No More, and it’s likely that he will be forced to resurrect both the good and the bad, meaning Doc Ock could make a comeback.

Marvel has released a new teaser image for Dead No More, this time featuring the villains Rhino, Electro and Lizard.