The Metroidvania formula is one many of us are quite familiar with, but the people from Motion Twin are set to add another genre to the mix; Rogue-lites.

Dead Cells will be hitting Steam Early Access on May 10, 2017 and is promising to bring a new twist to a well-loved genre.

You play as an as-yet-unnamed “green mass of sentient cells stranded on an ever-changing island” in what the developer dubs as a ‘RogueVania” defined as “the threat of permadeath, balanced with a generous system of progression, the exhilaration of discovering new hidden areas, alternate paths to progress through the castle, and a pinch of procedural generation to keep you on your toes.”

Several features players will be familiar with are compiled into a genre that looks like it will strike a cool balance between difficulty and rewarding gameplay.

According to Motion Twin in a release features in the game include:

According to the release, Motion Twin says this is about 30 to 40 per cent of the content that will be found in the final version. 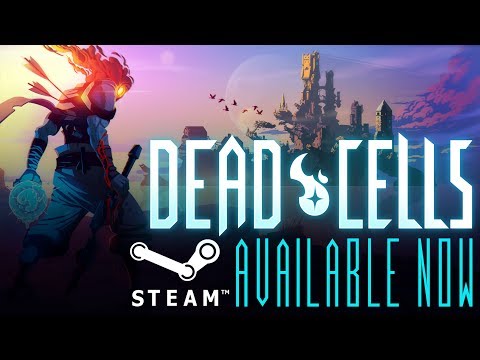 Motion Twin was founded as a developers cooperative in Bordeaux, France. Up until this point they have only dived into free-to-play PC and mobile games as well as pioneering some freeware developers tools.

“We’re a cooperative with no boss that’s been making F2P games for 15 years. It got to the point where we had to ask ourselves why we were doing it. After that there was no choice but to make something for us,” said Motion Twin’s lead designer Sébastien Benard in a press release. “We’re taking two genres we all love, adding our little twist, and aiming for the best rogue-lite/metroidvania you’ve ever played. So far the feedback has been really positive, so we’re really really excited to see people playing!”

Dead Cells launches on Steam Early Access on May 10, 2017 for Windows PC. Mac and Linux releases are planned for full launch at a later time.