The game will return to the island of Vvardenfell and will include over 30 hours of gameplay with a new setting, class, PvP mode, trial mode and much more from the expansion.

The expansion is set over 700 years before the events before the events of The Elder Scrolls III: Morrowind. According to ESO, the fate of Morrowind hangs in the balance and you must take up the mantle of a hero alongside Vivec, the legendary warrior-poet and Guardian of Vvardenfell, save the world from a deadly Daedric threat.

This is the largest addition to the ESO franchise to date. For those who already own ESO, they can simply upgrade their experience and immediately jump into the new chapter when it launches. They can either choose their characters over to Morrowind or start fresh with a brand new character.

Morrowind also introduces a new Trial and PvP mode for players to dive into. The trial mode will consist of 12-player trial where players and their allies have to battle through the Halls of Fabrication. The PvP mode will be 4v4v4 battles in arena like environments where teams will fight against each other in fast paced matches.

Fans who pre order the game will also be rewarded with a collection of exclusive in game bonuses that include Treasures Maps and Exclusive Warden Costume to name a few. The Elder Scrolls Online: Morrowind launches on June 6, 2017 to PC, Mac, Playstation 4, and Xbox One. 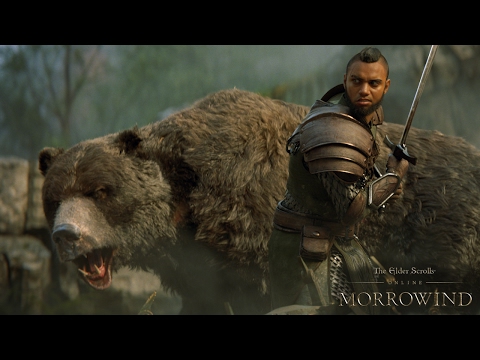