Square Enix has announced the Western release date for DLC that is set to come out for NieR: Automata, which already launched in March of this year in Japan.

Set to launch May 2, 2017 in the West for PlayStation 4 and PC, the DLC for NieR: Automata introduces a coliseum battle arena, hairsprays for the characters 2B and A2, Mask with unique abilities, special bullets that alter how enemy bullets appear, new music for the jukebox and finally, costumes for all the playable characters.  In Japan, the original NieR was released in two variants, similar to that of the mainline Pokémon games, the costume DLC in NieR: Automata resembles the attire worn by the characters from NieR: Replicant, a version of Nier that was never released in the West, (we got NieR: Gestalt) the costumes are based on the characters Kainé and Brother Nier, the protagonist and one of the main supporting leads of Nier Replicant. 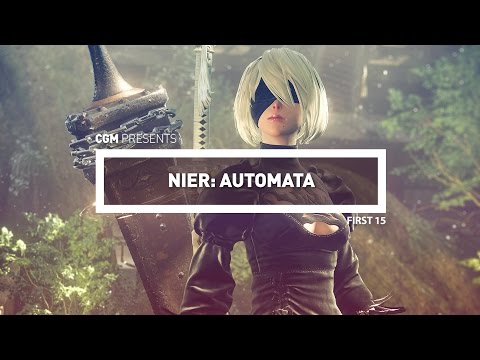 The coliseum DLC also contains a special boss fight with none other than the Square Enix CEO, Yosuke Matsuda and the Platinum Games president and CEO, Keneichi Sato. This isn’t the first time Square Enix’s CEO has been represented within a game, in Final Fantasy XV, released in late 2016, Square had shown off a fight with the main playable character Noctis against Mr. Matsuda during a special stream of the game, later upon the games release the special battle against the CEO was made available in-game via timed DLC.

NieR: Automata is a sequel to the original NeiR that came out for the PlayStation 3 and Xbox 360 in 2010.