Nintendo has a bit of a reputation for being overprotective of their copyrights. Gaming personalities “Angry” Joe Vargas and Jim Sterling, among others, have had unpleasant run-ins with them. Adult artists have recently suffered copyright strikes against their fan creation. Fan games have popped up and disappeared overnight.

While details are unclear at this juncture, some of these occurrences might not be on the Big N themselves. That is, if YouTuber Kaze Emanuar is to be believed.

The prominent ROM hacker has discovered that copyright strikes to his channel haven’t come directly from Nintendo themselves. Rather, they’ve potentially come from a former employee using a falsified account. An employee named “Jason Allen” has claimed to represent Nintendo of America, and has issued copyright takedowns on several videos. 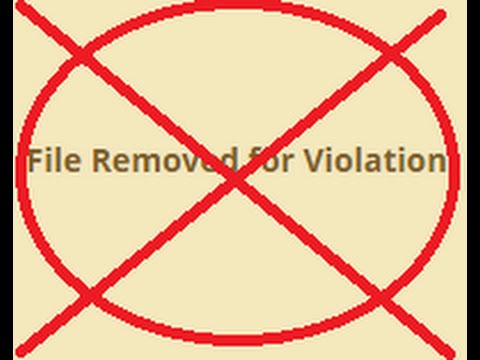 There is a small problem, however — “Jason Allen” isn’t an NOA employee. Or at least, not anymore. One “Jason Allen” did work at the company, but left in 2008, and was a “Wii Specialist.” As of right now, it’s entirely possible that this “Jason Allen” is a different person, if that’s even if this mystery troll’s real name. I would encourage anyone to not bother or harass this very real person under any circumstances.

Regardless of their true identity, “Jason Allen” has been a menace to the Nintendo fan community for years. He has taken down fan-made Mario Kart tracks. He has struck patches of popular open-source fighter engine MUGEN. He has basically sieged the ROM hacking and fan game community. If you’re a Nintendo fan and content creator, “Jason Allen” has likely had some impact on you.

What’s really alarming is that “Jason Allen” has not only an employee account, but another email with the URL “nintento.com” (this address redirects to a virus-laden website, so don’t visit it.) Whoever this person really is, they have both a legitimate email and a misleading false one.

This story could unravel in several different ways. Perhaps there is a real Jason Allen employed at Nintendo, and the takedowns of fan content and adult-oriented fan art are legitimate. Or perhaps an overzealous fan is intentionally sabotaging the livelihoods and hobbies of multiple communities. Either is a palpable option.

That is, if it didn’t directly contradict the words of the late Satoru Iwata, as Nintendo Prime points out:

“Of course, we cannot say that we can give tacit approval to any and all the activities which threaten our intellectual properties. But on the other hand, it would not be appropriate if we treated people who did something based on affection for Nintendo, as criminals.”

While this doesn’t excuse Nintendo barring revenue from YouTubers, it may shed some light on a decent amount of copyright claims. CGM will get to the bottom of this story, and keep you updated with any breaking developments.

Thanks for Stephen for the tip, and to Kaze Emanuar for his video!