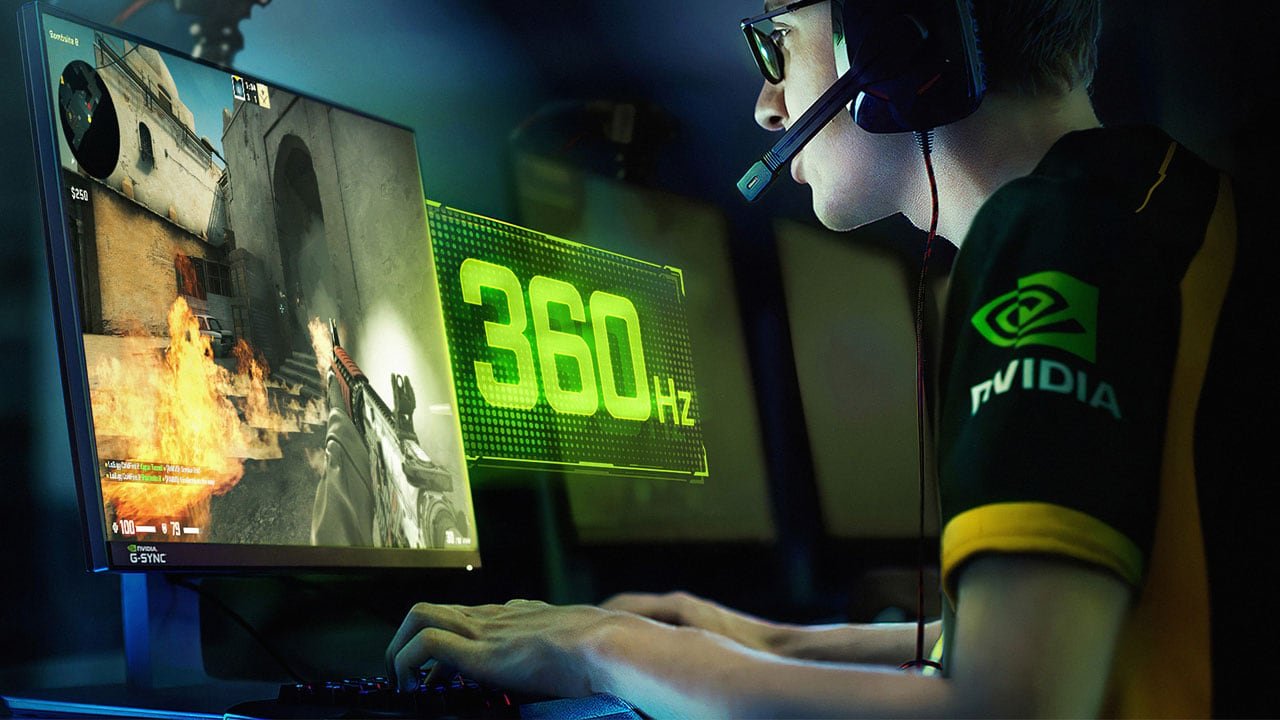 NVIDIA is hoping to bring its G-Sync models into the esports scene with a new line of 360Hz refresh rate monitors designed with competitive play in mind. The 360Hz design will put the new G-Sync monitors at the front of the gaming display market, with some of the fastest refresh rates available, as game frames can be displayed once every 2.8ms, which is up to six times faster than your traditional gaming display or TV refresh rate.

The Asus ROG Swift 360 was developed in conjunction with NVIDIA, and is the first of the 360Hz competitive monitor line. The ROG Swift 360 features a 24.5” form factor along with Asus’s sleek new ROG finish to add style to your game. The 360Hz G-Sync monitor boasts clear visuals, extremely low system latency, smooth motion, a full 24.5” 1080p HD display, NVIDIA quality certification, and superior clarity with no tearing, stuttering, flicker, or artifacts thanks to the G-Synch VRR technology.

NVIDIA will be demonstrating the new 360Hz G-Sync Asus ROG Swift 360 display in its press suite during CES this week with a variety of esports demos to show the improved performance with target acquisition, aiming, and perception.

Of course, due to the high refresh rate, the Asus ROG Swift 360 isn’t going to be a cheap G-Sync monitor. It’s clearly marketed toward esports professionals, leagues, streamers, and esports hopefuls. The Swift 360 will not be the only 360Hz G-Sync monitor to be released this year, but it is the first confirmed model and will go on sale later this year.