For old school anime fans, this is big, BIG, MASSIVE news. The beloved “Universal Century” Gundam story, the one that started it all way back in 1979 with Mobile Suit Gundam is getting a brand new retelling as “Original Video Animation” (or OVA to anime geeks) called Mobile Suit Gundam: Origin I.

This one is a heavy hitter as it’s obvious no expense has been spared. This is actually an adaptation of the manga that debuted in 2002 by Yoshikazu Yasuhiko, the original character designer on the first anime series. The manga was a reinterpretation of the original storyline, changing events and locations, tightening up the story, and making things a bit more geographically coherent. The focus is also changed to be a bit more even handed and sympathetic with the great villain of the series, Char Aznable, who would become the dominant character in sequels to come.

The trailers released for the first installment of the series look fantastic, with a hefty budget given to the 2D animation that still hearkens back—albeit in more detail—to Yasuhiko’s style. The real revelation is, of course, the new CG mecha battle scenes, which portray the original mobile suits in fast, vicious, deadly ways traditional cel animation of the 70s and 80s could never hope to achieve.

If you’re a lapsed fan of UC Gundam, you owe it to yourself to check this out when it the English version comes to the West. Voice actors have already been selected for the dubbing, so now it’s just a matter of time before the pre-order options pop up on Amazon or any other retailer for anime that you favor.

Check out the trailer below and see for yourself. 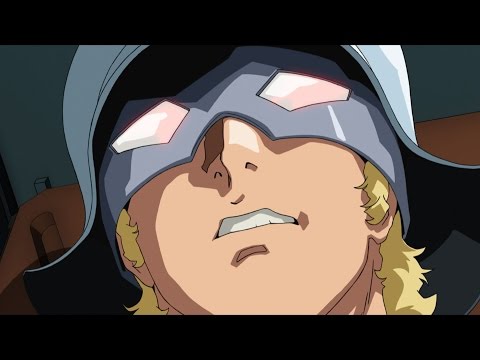