The Year of The Dog event runs from today until March 5th and gives players the opportunity to unlock new skins along with other cosmetic items. Players also have the  opportunity to purchase skins from last years Lunar New Year event and all items will be available via the games loot box system as well.

The six heroes who received new event skins are McCree, Widowmaker, Zarya, Mercy, Pharah and Genji and they are featured in the gallery below.

In addition to the new skins an all new Capture the flag map has been added, alongside some changes to the game mode. The map is called Ayutthaya and is the first map built exclusively for capture the flag. The new changes include automatic flag pick up, with flags not being able to be picked up until five seconds after being dropped. What’s more is that sudden death has been added to break end of match ties and it involves the teams being reset to spawn and then racing to capture a flag in the very center of the map. 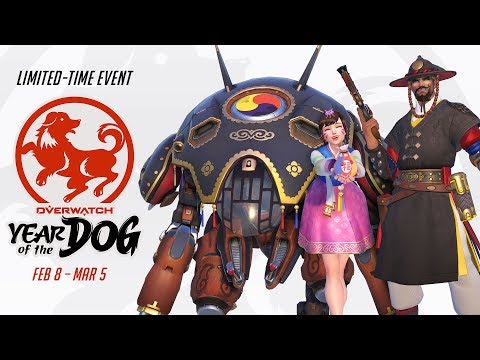 Along with being the second Lunar Year event, The Year of The Dog also marks the 10th Overwatch Seasonal Event thus far.

Liked this article and want to read more like it? Check out Alex Handziuk’s Overwatch League Week 5 Primer.