Anyone remember the co-operative first-person shooter Payday 2 that launched way back in 2013? Those who fell in love with it, it is time to get excited because it has just been confirmed that the game will receive a virtual reality port.

In a live stream event, Starbreeze (the developers of the game) announced the news and released an accompanying trailer. The game was being depicted on the HTC Vive, confirming that it will support that virtual reality platform; no word yet on the Oculus Rift. As an added bonus, players who already own the original Payday 2 and the HTC Vive will be able to enjoy this port free of charge.

For players who have a saved file of the game, all contents unlocked in that file will be accessible with the virtual reality version. Fans looking for online play will also be intrigued to know that cross-play has been implemented, meaning players can play through a virtual reality headset with others who are not. 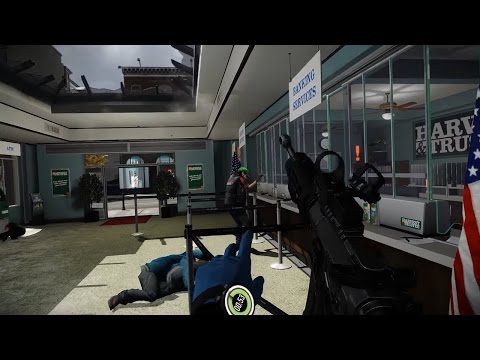 From Starbrezze’s live stream, it appears that this will be a full-fledged virtual reality experience; not just a few scenarios that implement the technology. Although no release date was confirmed, fans can expect a beta to open sometime in the coming year.

This is not the first instance in which Payday 2 made some noise this year, as recently it was confirmed that a Nintendo Switch version was on its way. That announcement took place at the company’s most recent Direct presentation and Nintendo fans can expect it to fall sometime in the autumn of this year.