Pokémon: The Power of Us Hits U.S. Theatres For A Limited Time

The Pokémon Company just announced that the Pokémon the Movie: The Power of Us movie will hit U.S. theatres this November.

With a title that’s a nod to the 2000 movie, The Power of One, the new movie will have a limited release through Fathom Events, as it will run for four days from November 24 to 28, and December 1.

In Pokémon the Movie: The Power of Us, the townsfolk celebrate Lugia, who saved them from destruction many years ago. The residents not only have activities like a Pokémon Catching Race, but also the summoning of the legendary Pokémon through a ceremonial flame.

When Ash and Pikachu journey to the seaside town, they will meet with a series of mysterious incidents that threaten the residents. They will also meet a diverse set of characters, which includes an athlete, a researcher, a compulsive liar, a bitter and elderly woman, as well as a little girl with a big secret. Everyone must then put aside their differences and work together in order to rescue the town from destruction.

Along with the announcement, The Pokémon Company also released a trailer for the movie. 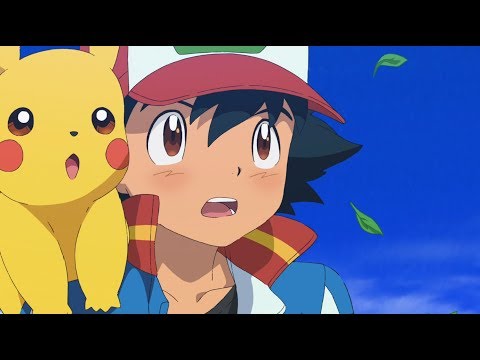 So far, the Pokémon featured within Pokémon the Movie: The Power of Us include Chansey, Sudowoodo, Totodile, Togepi, Smoochum, Marill, Eevee, Zeraora, and, of course, Ash’s own Pikachu and Meowth from Team Rocket.

Liked this article and want to read more like it? Check out Amy Chen’s Pokémon GO article.