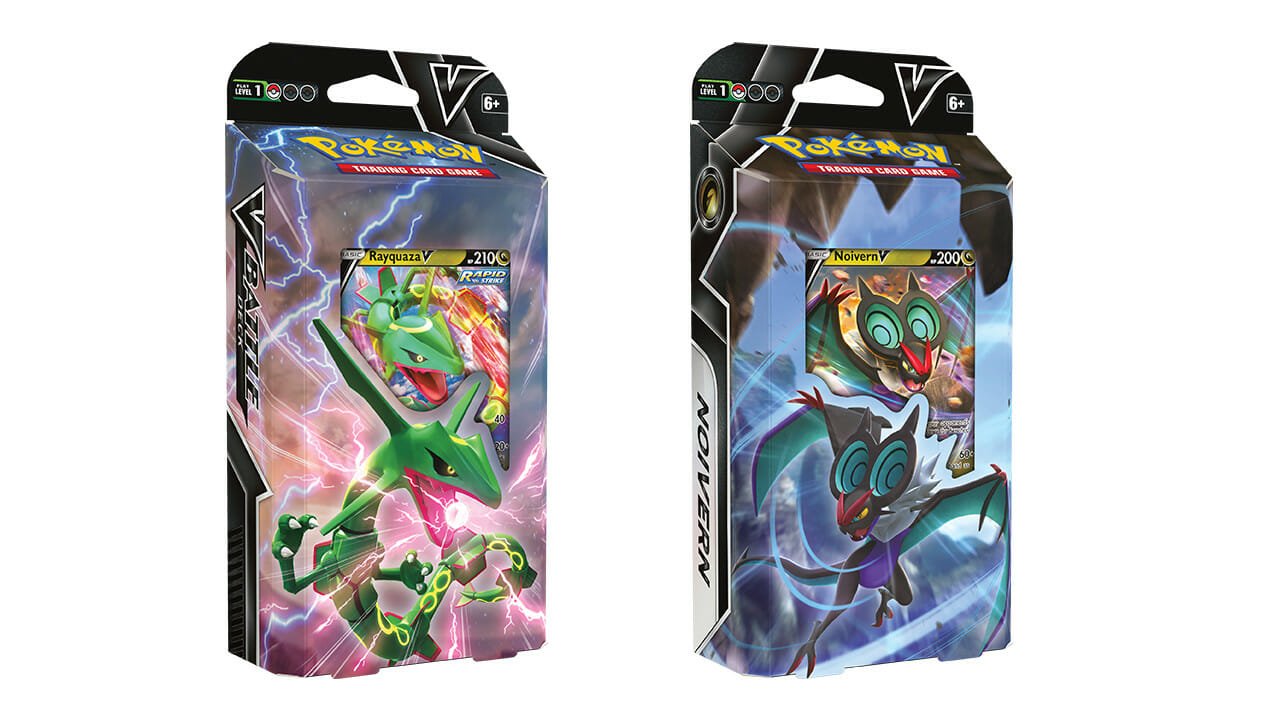 Pokémon TCG players can look forward is two new V battle decks that focus on Dragon-types, Rayquaza and Noivern; they’re on the box. The upcoming release is a follow-up on the introduction of Dragon-type Pokémon to the trading card game in the Sword & Shield—Evolving Skies expansion.

If you can’t choose between either deck you can pick up the ‘V Battle Deck—Rayquaza vs. Noivern bundle version’. What comes in the bundle is two ready-to-play decks and accessories so you can easily battle family and friends. The bundle also comes with eight additional Trainer cards, including two foil cards.

That’s not the only Trading Card Game-related release coming this October as it was announced last month that the Celebrations Collection is kicking off this fall. The launch of the new trading card game expansion will begin the same day as when the V-Battle decks are dropping which is October 8th.

The 25th anniversary is being celebrated in a big way but not just for the trading card game but for the aspect of the franchise that started it all, the video games as the fourth generation remakes, Pokémon Brilliant Diamond and Shining Pearl are set to release on the Nintendo Switch on November 19th. That’s not all as the open-world game, Pokémon Legends: Arceus is coming out on the Nintendo Switch on January 28th, 2022. All of these games were announced earlier this year during the 25th anniversary Direct.

The Pokémon V Battle Decks featuring Rayquaza V and Noivern V will release on October 8th in both singular decks or a bundle.