Power Rangers seems to be all the rage this week as the new tie-in game, Power Rangers: Legacy Wars, releases today on iOS and Android, just a day before the release of the film.

The new mobile game aims to bring together the 24-year history of the iconic Power Rangers series, featuring over 40 characters from throughout the lifespan of the franchise, including those set to appear in the new film. The game itself is a one-on-one fighting game that pits you against other players in real-time. Warriors can be upgraded through missions and battle streaks, while other features include customizable teams and trade features with friends. There are also 100 unique moves from the get-go, so there are plenty of play styles to try out. 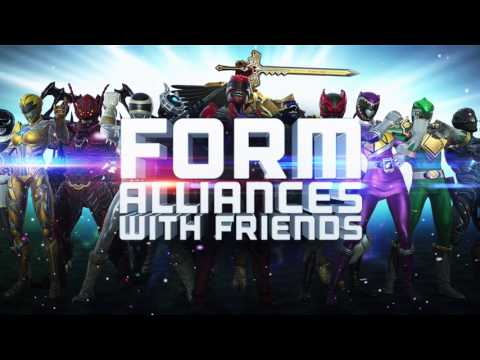 Power Rangers: Legacy Wars was announced earlier this year. Developed by nWay, the studio explained that they “worked closely with Saban Brands and Lionsgate to produce a console-quality game for an iconic franchise that will satisfy fans and gamers,” adding that they hope the new game is seen “as a groundbreaking fighting game, allowing players to battle each other in real time over their mobile network.”

The resurgence in popularity of the Power Rangers franchise can be mainly attributed to the upcoming release of the feature film, set to release this Friday on March 24, 2017. Just like the game, the movie features the Power Rangers in their attempt to defeat the space witch Rita Repulsa. To get you up to speed on the film, check out what the cool new suits of the latest incarnation of the Power Rangers look like, along with some of the cast choices like Elizabeth Banks as Rita Repulsa.

Power Rangers: Legacy Wars was released today on March 23 for iOS and Android. This comes just a day before the latest film is released on March 24.