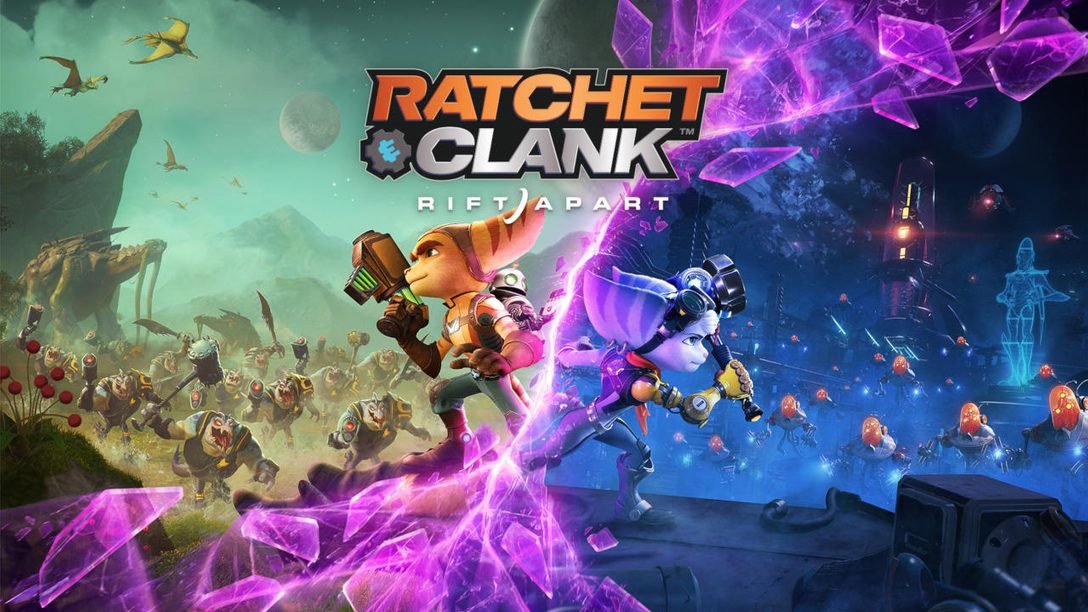 One of the PlayStation 5’s first big exclusives now has a release date. Developer Insomniac Games has announced that Ratchet and Clank: Rift Apart will arrive on June 11.

As announced at the PlayStation 5 showcase last June, the dimension-hopping adventure is the first game in the series in five years, and will continue the story from 2013’s Ratchet and Clank: Into the Nexus. The titular heroes will cross the omniverse and join forces with a new female Lombax resistance fighter to stop the machinations of Dr. Nefarious, who is travelling between alternate dimensions “to find a galaxy where he always wins.” Its dimension-hopping mechanic was used to highlight the PS5’s speedy load times.

Insomniac revealed the game’s cover artwork, which they claim “speaks to the game’s theme of duality.” The new Lombax character’s name still has not been revealed, despite her prominent position on the cover, but Insomniac urges eager fans to “hang in there, you’ll be feeling rosy soon.”

Players who preorder either the Standard or Digital Deluxe Editions of Ratchet and Clank: Rift Apart will receive two pieces of DLC from the series’ history: The Carbonox armor from 2003’s Going Commando and “an early-unlock” of the Pixelizer blaster from 2016’s Ratchet and Clank. The Digital Deluxe Edition also includes five additional armor sets, 20 Raritanium for upgrading weapons, a Photo Mode sticker pack, a digital artbook, and a digital soundtrack—all for $99.99 CDN.