Rebellion Games, the studio behind the likes of Sniper Elite and the upcoming Strange Brigade, have announced their latest title, Evil Genius 2, slated to come out on PC.

Rebellion has said that Evil Genius 2 will be a fully fledged sequel to the 2004 original real-time strategy title which was developed by Elixir Studios in 2004.  Rebellion has put up a new interview from E3 2017 with Jason Kingsley, the CEO of the games company. The interview highlights both Rebellion and Kingsley’s desire in wanting to create a sequel to the original Evil Genius for some time, he goes on to say:

“We’d like to make this super-duper clear, this isn’t a remaster.” He goes on to mention that the title was delayed and the official announcement regarding a sequel to Evil Genius was further held back as Rebellion was in the process of becoming its own publisher while juggling with the development of big titles such as Battlezone on PSVR, the Sniper Elite series and The Zombie Army Trilogy. 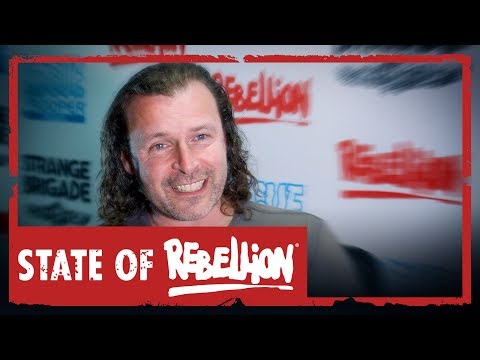 The original Evil Genius released in 2004. The game featured real-time strategy coupled with simulation elements. Players were tasked with managing an evil lair while overseeing grunts known as “Minions” in the game. Additionally, players could control special Minions, known as “Henchmen” that helped control the lesser Minions within the title.

References to the Cuban Missile Crisis and other real life events of that era are present in the title, placing the game in the 1960’s and 70s. Evil Genius was mostly well received by the games press and fans of real-time strategy games alike.

The title sits at a respectable 75% on Metacritic. Gamers praised the title for its humour and interesting take on the real-time strategy genre, which mostly consisted of titles which generally had more of a serious tone. Evil Genius 2 at the time of writing has no release date set.