Microsoft is gearing up to have a huge tech launch at this years E3. According to a sizable information leak, Microsoft may be looking to change the entire Xbox platform, or at the very least streamline it.

According to Brad Sams, who supposedly had the scoop on the Xbox One Elite controller, Microsoft will be launching multiple devices at E3, two of them will be streaming devices, as he describes “one as big as the Amazon Fire, the other about the size of a lunchbox.” Sams surmises that the smaller device may be for streaming only, similar to Chromecast, where the larger device may act more like a RokuTV.

Sams also addressed rumors of the the Xbox 1.5 having 4k capability, however he claims he’s heard that this will mean allow for 4k video playback, since 4k gaming requires incredibly high-end tech and Microsoft needs to maintain compatibility with all their games and platforms.

One of the more interesting reveals is, as Sams puts it “Xbox will be pitched more as a platform,” siting that Microsoft is starting to shift in that direction with the cross-play between Xbox and PC for Rocket League, and Xbox One already running Windows 10.

Further information from the Microsoft info-dump includes a completely new piece of hardware, as well as rumors of potentially built-in VR. Sams also confirms that, “The Xbox Mini is real.” 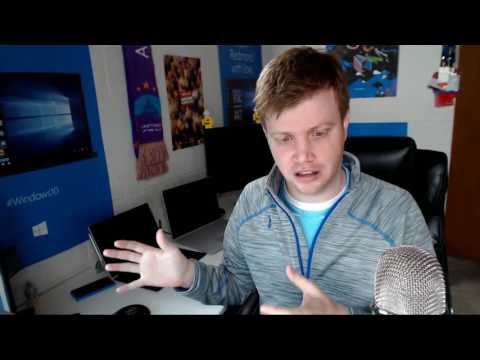