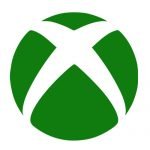 The Xbox One is a powerful, ambitious product. It makes a strong case for taking over your living room and the console markets itself as the “all-in-one” package, boasting multi-tasking and other features to wow consumers.

There’s also the updated Kinect; a powerful motion-sensing device that allows you to control (rather precisely) the Xbox dashboard. So, is the Xbox One the console for you? It might be, but first, a brief history lesson:

With Sony announcing the PlayStation 4 back in February, many were wondering when Microsoft would. The company decided to hold a press conference a few weeks before E3, finally showing off the Xbox One. The conference was met with a mundane response, as much of the presentation focused more on how the Xbox would work with your TV, rather than the games it would have.

E3 came a few weeks later, and would mark one of the most embarrassing moments in Xbox history. Microsoft wanted to do away with used games, but that wasn’t all. They also wanted to make it so the console had to be connected to the Internet every 24 hours, or it would be unusable. Needless to say, this angered many consumers, and with claims of flocking over to the used-games friendly PS4.

After a few months, Microsoft revoked these ideas. You could still play used games, and players didn’t always have to be connected to the Internet. But there was still one issue lingering, the Kinect. Many users were afraid that the Kinect was always listening, always watching. And I’m sorry to say, that this hasn’t really changed. So here we are, the Xbox One has been out for a little while, and I’ve had some time to tinker away at its interface and features.

So should you buy an Xbox One? It depends.

Do You Want The Washing Machine, Or The Mystery Box?

So, first of all: what’s in the box? The basic bundle includes the console, the Kinect, one wireless controller, a headset and an HDMI cable. Also included is a one year warranty for the console, as well as a 500 GB hard drive. The bundle is priced at $499.99, which is $100 more than its rival, the PlayStation 4. But it can be easy to forget, that the extra $100 probably comes from the Kinect sensor, which is a mandatory component. But contrary to early policy, you don’t need to always have it connected. For things like player identification and certain games it is required, but otherwise, you can even unplug it. I certainly did at times, as the Kinect always seems to be listening.

My biggest gripe with the Xbox One also happens to be its most impressive feature; Kinect. It tracks your voice, identifies you on screen, and oh so much more. When you boot up the system, you have the option to calibrate Kinect. During this time, it will ask who each player is. Once identified, a little blip on top of your head will read who you are. Yes, quite the throwback to 2001: A Space Odyssey. But it gets even closer than you might think. Whenever someone says “Xbox,” the Kinect will hear it and bring up options. In order to disable Kinect, you actually have to say “Stop listening”. Despite this, the voice commands work rather well. You can choose options like “Go to games and apps” or “Settings” and much more. You can also bring up the dashboard while the game is still running.

Still, there were times when the voice commands didn’t work at all. “Xbox On” would do nothing. “Xbox Go Home” would do nothing. And “Xbox Go To Hell” would bring up a Bing search. Luckily, this was only on rare occasions. The commands for the most part, worked well and quickly. Not to mention the motion controls of the Kinect allow you to navigate the screen.

But, all in all, Kinect feels more like a refinement than an evolution, as I expected a much more precise device for as motion controls. There’s also still the idea that if you are buying the console for your own use, the Kinect is still sort of useless in a small room. This is made even more awkward with the actual box.

The Xbox One itself is very ugly. While it does sport a sleek black design, the actual box looks more like an old-school VHS player than a high-end technological monster. “Monster” is the appropriate term here, as it takes up a lot of space, and it weighs much more than the 360.

The biggest issue with the actual console is that it can only sit horizontally. I guess when Microsoft said it would take up your living room, they meant in any way possible. Setting it up in my apartment we had to move the PS3 and 360 away to make room for this bad boy. I’m sure future iterations will fix this, but for now, it remains a small pain for certain consumers. And hey, the controller sees enough improvements to take away my sadness.

It’s no secret. The 360 controller was the best option for the last generation. It felt smooth, sturdy, and had great triggers. The Xbox One controller is less of a revolution, as it is more or less the same with some minor changes to the weight. But one new function that I will continue to rave about is the impulse triggers. There are now a vibration units that activate whenever you drive a car, shoot a gun, or do other various functions involving the trigger buttons. In my time with Battlefield 4, it actually felt like I was shooting a gun. When I switched gears in Forza 5, I could actually feel it. This is the future of gaming, and I only hope the Dualshock 4 can eventually emulate something like this. My one concern is the use of batteries. We are living in 2013, it should be charging instead. But hey, some things didn’t need to change for this console. And the interface thank God, is very familiar.

Ah yes, the Xbox Dashboard. Not much has changed since the 360, as it still runs smoothly and has the same basic design that isn’t hard to navigate. In the middle is a screen of whatever media you are playing (Blu-Ray, game, DVD, etc.) and under and around that are settings, games, apps, achievements and in my case, SkyDrive. A great new feature are pins, which allow you to customize what you want on the home screen. While doing this takes a little while and isn’t user-friendly, it still beats the XMB screen on the PS3.

There are also multiple ways to navigate the screen. The most obvious way is by using the Xbox One controller. But you can also use your hands through Kinect, and if you have a Microsoft tablet, you can use SmartGlass to navigate it as well.

On the left of the main dashboard are apps like Xbox Music, Skype, SkyDrive, and TV, depending on where you pinned your applications. Speaking of applications, the Xbox One comes pre-loaded with a fair amount, although one major feature is missing.

Netflix, Skype, and all the basic applications you can expect are on the Xbox One. Most are easy to use, especially if you’ve owned a 360 in the past. All the basics are here, but there is one app that is missing an important feature. Twitch, which is a website meant to stream games, has no stream function on the Xbox One app. Luckily, it will be implemented soon, so this is of little issue right now. Otherwise, Skype works fluidly, and Netflix is what you’d expect. And then of course, there’s the TV application.

The last feature I’ll discuss, and the most important one, is the snap function. This allows you multi-task between games and other applications. The TV multi-tasking works great, and we were even able to play PS3 on the smaller screen while also playing games like Forza and Killer Instinct. Other functions, unfortunately, don’t work quite as well. I tried playing Xbox One while snapping Blu-Ray, but that unfortunately didn’t work. Also, Internet Explorer and Bing don’t really function well unless you turn them to full screen. Finally, Skype does work well, but it at times slows down the system. This is a function that needs to be optimized, as its the Xbox One’s prime feature. You can tell it was rushed out on the market, but luckily, its main pitch works fine.

You Got Your Xbox, Your Doritos, And Your Mountain Dew:

So, the bottom line; is the Xbox One worth it? If you want to keep up with all the newest games, then yes, you should buy it. If you like streaming TV while playing games, then yes, you should buy it. But, if you are looking for the next level of entertainment, the Xbox One hasn’t proven itself yet. The Snap function needs more work, and the Kinect is more or less the same. In a few years, Microsoft will release a better, more fully-realized console. And personally, that’s when I’ll consider getting my own. Until then, I’ll just stick with my PS3.

The company decided to hold a press conference a few weeks before E3, finally showing off the Xbox One.
REVIEW SCORE
7
File Under: Kinect, Microsoft, Xbox