Nexon America announced the company began closed beta testing for Hyper Universe today in North America and Europe. The beta will run from June 23, 2017 at 5 a.m. PDT until June 30, 2017. The beta will include 27 playable characters, the Delta Station map and many other features such as party matchmaking.

Those looking to participate in Hyper Universe’s closed beta can obtain a key code from the game’s official Facebook page. Key codes will be limited, though. Closed beta testers are free to stream, upload and share content during the week-long beta. Anyone interested in trying a future beta test of Hyper Universe can register through the game’s official website in order to be notified of upcoming opportunities and news regarding the game.

Hyper Universe is a free-to-play 3D side-scrolling action platformer designed with the highly strategic team-oriented gameplay found in most MOBA titles. Released first in Korea in 2016, Hyper Universe was originally developed by a South Korean independent game studio called Cwavesoft. Hyper Universe featured a unique art style and a large roster of characters known as “Hypers”. Many of the characters seen in Hyper Universe are heavily inspired by both pop culture and popular characters from other well-known series. Players are able to fight against each other in one-on-one duels through Hyper Universe’s RPG mode or take part in RTS-style warfare where players command troops against their enemy’s army. 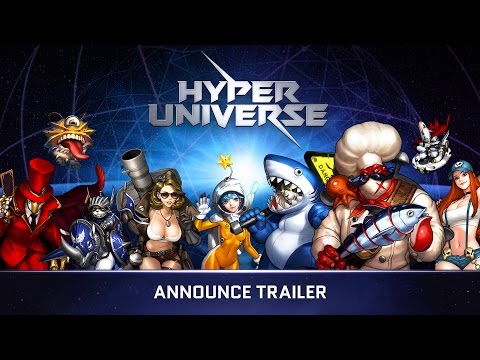 Since its release, Hyper Universe has been updated regularly, receiving patches and new additions to its character line-up. Hyper Universe features controller support, giving players the option to use Xbox and PC dedicated controllers. Hyper Universe will also allow players to select which region they’d like to play in and will have full English voice acting for the localized version of the game.

CGMagazine sits down with Creative Director at MassHive Media, Andika Pradana, to talk a bit about the inspiration behind Potion…