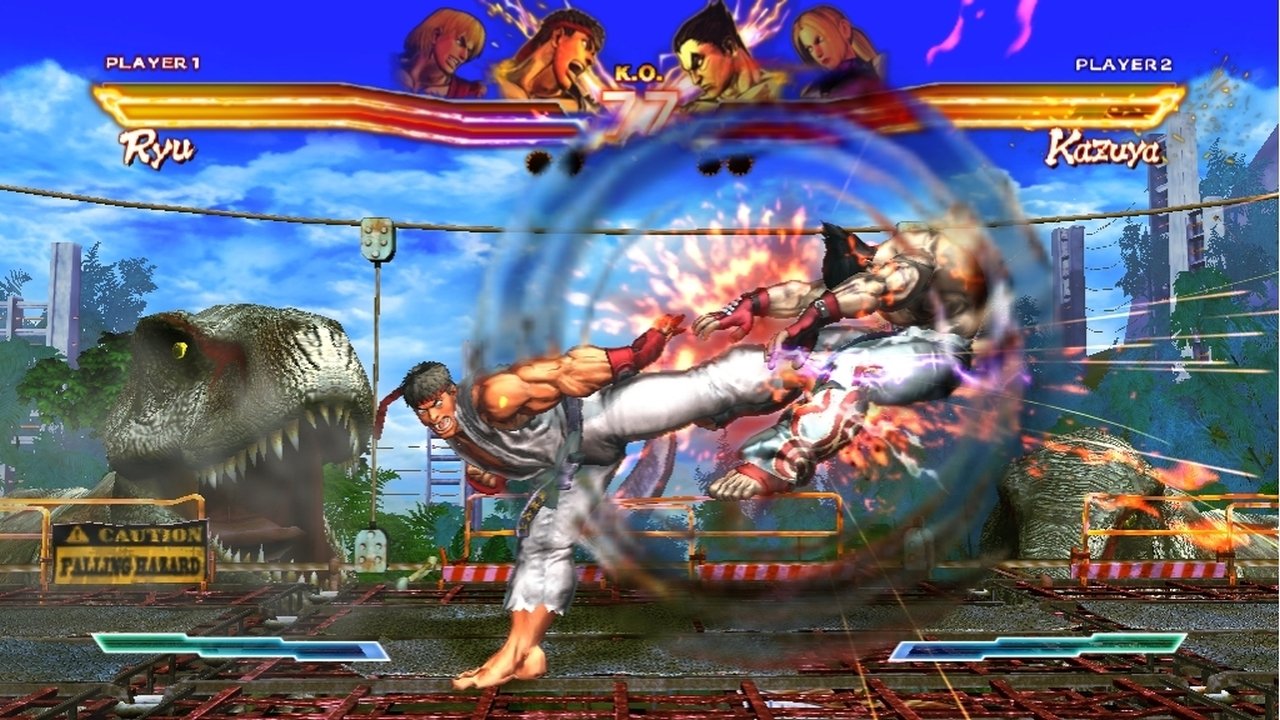 Capcom has released a slew of new trailers for the upcoming fighting crossover.

At Captivate 2011, Capcom announced that Street Fighter’s Ken, Guile, and Abel and Tekken’s King, Marduk, and Bob will joining Ryu, Chun-Li, Kazuya and Nina in the upcoming Street Fighter X Tekken. A ton of new media also emerged during the event, so you can now check out a series of trailers, screenshots, and gameplay videos featuring the new pugilists.

In the videos, we get to see some tag team matches in which good timing makes it possible to juggle an  opponent, while a more in-depth look at the game from Play Magazine also reveals that the game will be played using the classic Street Fighter six-button system. Interestingly, the characters in Street Fighter X Tekken will share a health bar, which differs from the separate health bars used in Marvel vs. Capcom 3.

Street Fighter X Tekken is slated for a 2012 release and will be available for the PS3, Xbox 360 and PC.