Sony’s pre-Tokyo Game Show 2017 Press show has officially concluded, but fear not! CGMagazine has the run-down on all the exciting new game announcements that took place during the event.

A release date for the latest entry in the Earth Defense Force series had the honour of being the first major announcement during Sony’s press event.  The series seems as crazy and over the top as ever, perhaps even a little too crazy as the trailer seemed to indicate the arrival of giant Gundam inspired robots.

Dynasty Warriors 9 received a new trailer with a tentative release date set for sometime in 2018.  A special edition Dynasty Warriors themed PlayStation 4 console was also announced to coincide with the release of the new entry into the series.

A new gameplay trailer for Final Fantasy Dissidia NT revealed the inclusion of Prince Noctis, the protagonist of Final Fantasy XV. The game is set to release in Japan on the 11th of January, 2018.

Earlier this month, a leak for a Dragon’s Crown PlayStation 4 remaster surfaced, but now fans of the series can rest assured as an official trailer for the game dropped during Sony’s show. The game will be known as Dragon’s Crown Pro and will feature 4k visuals when played on a PlayStation 4 Pro console. The title will also support cross-play with the original PS Vita and PlayStation 3 release of Dragon’s Crown.

Fans of the Otome genre can rejoice as two notable titles will be making their PlayStation 4 debut. Both Hakuoki and Code Realize will be coming to Sony’s PlayStation 4 console sometime in 2018.

Fans of the Idolmaster series can look forward to a new entry into the series. Idolmaster: Stella Stage will be the latest instalminstallment ultra-popular anime inspired music game.  The last Idolmaster game to come out was Idolmaster: Platinum Stars, which released earlier in July for the PlayStation 4.

First up, Gungrave, the PlayStation 2 title which first released in 2004, will be hitting the PlayStation VR sometime in 2017. The VR edition of the game will be an enhanced port of Gungrave: Overdose. The title will feature both third person and first person gameplay sections.

Zone of the Enders: The 2nd Runner will also be getting a re-release for the PlayStation 4 and PlayStation VR platforms. The title will be out sometime in 2018 and will support resolutions up to 4k when played in TV mode. When played in VR, Konami promises the title will take full advantage of Sony’s virtual reality hardware.

The popular mobile game Neko Atsume is confirmed to be getting a PlayStation VR entry. However, details are scarce at the moment, with only a logo available for the forthcoming cat collecting game.

Although Earth Defense Force 5 isn’t even out yet, D3Publisher took the stage and announced another instalment into the long-running bug-blasting series. Earth Defense Force: Iron Rain will be out sometime in 2018, the game seems like a darker and more gritty take on the series.

One of the more surprise announcements during the show would have to be Square Enix’s latest teaser for an upcoming title known as Left Alive. Metal Gear character designer Yoji Shinkawa is at the helm as made evident from the key art revealed for the forthcoming game.

Finally, Monster Hunter World will be getting a worldwide release on January 26, 2018. Additionally, a special edition Monster Hunter themed PlayStation 4 console will also be available to coincide with the release of the game. 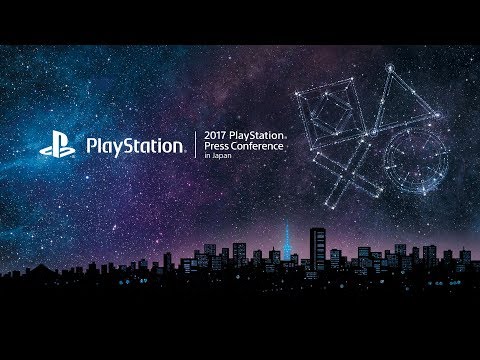 Overall, Sony’s pre-Tokyo Game Show 2017 was pretty exciting with several new game announcements and teasers that helped build up the hype before the full event kicks off.