What You Need to Know About Sony at TGS 2015

With Tokyo Game Show underway, it is time for the annual Sony TGS Press Conference. This year was filled with announcements for the Japanese markets, although some will also relate to the North American Markets. The most notable announcements from the show where the first expansion for Bloodborne titled The Old Hunters, Gravity Rush 2 for the PS4 and Kingdom Hearts 2.8 Final Chapter Prologue for the PS4. The rest of the announcements were a bit less clear if they would ever make their way over to the North American shores. 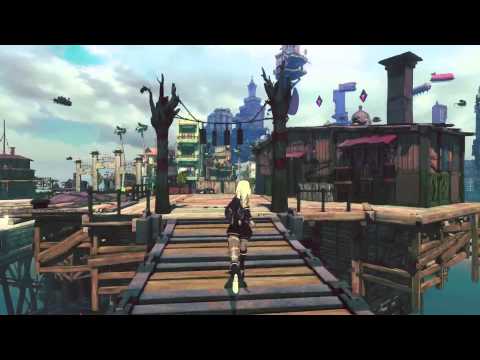 The press conference kicked off with some exciting news for the PS4 and Vita hardware. The Vita will be getting all new colour options starting September 17th in Japan. The PS4 will be getting nine new colour skins that will ensure everyone has a system that matches their taste. The colour choices did not stop there though; the DualShock 4 will be getting a selection of new options, including one that is clear. Sony also announced a price drop for the PS4 in Japan dropping it to 34,980 Japanese Yen (About 387 CAD).

When Sega took the stage, they came out swinging with a Yakuza remake. This remake of the original game in the franchise will be getting new graphics, rebuilt usability, and new quests that will all work to expand the story. This exciting remaster will be hitting Japanese stores on January 21, 2016, with Yakuza 6 hitting Fall 2016.

SNK Playmore did not disappoint either, they announced King of Fighters XIV with a scheduled release on PS4 in January for Japan. Although there was little news on when it would be hitting NA.

Vanillaware, known for the Odin Sphere, Muramasa: The Demon Blade, and Dragon’s Crown titles, has a new game titled 13 Sentinels: Aegis. The game continues with the stunning art found in all their titles, although this one seems to have a more mecha feel taking place in a possible near future setting.

The Developer of popular Danganronpa series also had a new game, titled Exist Archive: The Other Side of the Sky it will be the result of Spike Chunsoft partnering with tri-Ace. The new RPG is slated for a December 17th release in Japan, so audiences won’t have long to wait.

Dragon Quest Builders, slated for a January 2016 release in Japan, follows a new hero trying to rebuild a shattered kingdom. It should be a fun installment in the series, and appears to be custom-made for Minecraft fans that may want to try something new. Little was said when it would be heading stateside, but we can all hope it is sooner rather than later.

The biggest news to affect North American audiences will have to be the news of the Morpheus name change. Sticking to the naming convention Sony has used in the past, it will now be known as PlayStation VR. As with all press conferences taking place at TGS, much of what was shown may never reach us in North America. But it is a sign that the PlayStation brand is healthy with a large slate of titles headed its way. Hopefully much of what was shown does get localized since it is a strong lineup for both platforms.