Square Enix Japan recently released a new trailer of its upcoming free to play mobile game, Bravely Default: Fairy’s Effect. The trailer shows off new background and character art along with a brief glimpse of gameplay.

Bravely Default originally released for the Nintendo 3DS, starting out its development as a sequel to Final Fantasy: The 4 Heroes of Light before becoming its own title. Creatively inspired by Square Enix’s own older role play games, Bravely Default was met with positive reviews for its unique battle mechanics and rich narrative. Its sequel, Bravely Second: End Layer continued to build on the original, being met with similar reception. Exclusive to Japan was Bravely Default: Praying Brage, a free to play web browser game set 200 years after the original. 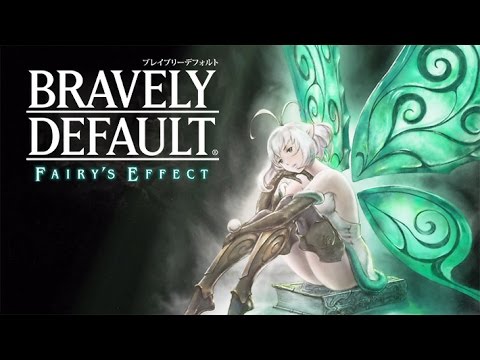 Bravely Default: Fairy’s Effect was announced in November of 2016 and came with no details at the time of the announcement. A month later, Square Enix launched a closed beta for the game in Japan, giving players a better look at the game and its features. The game begins with players creating their own customizable character, a first for the series. Players are then treated to an introductory story cutscene, introducing new characters, Ace and Liz along with the player character’s entry into the story. The cutscenes look identical to the one’s seen in Bravely Default and its sequel though with slightly sharper visuals. It’s still unclear where exactly in the timeline Fairy’s Effect takes place but it’s likely to either serve as a prequel to the series or as a bridge between the first and second titles. As for the core gameplay, Fairy’s Effect looks to be a simplified version of how Bravely Default’s combat worked, a trend found in most spin-off mobile games. A change from the mainline series however, is the ability to play with friends, building on the social aspects of Praying Brage. Player’s avatars can be seen in the game’s towns, serving as an in-game lobby and players will have the option to join ongoing battles and support each other in parties.

Bravely Default: Fairy’s Effect is due to launch sometime in 2017 in Japan. According to the series producer, Tomoya Asano, a potential sequel, Bravely Third is already being planned.