Footage from Star Citizen has leaked online after a community manager at Cloud Imperial Games accidently posted a screen shot that included a partial URL. The URL led to the rest of the games assets roughly 11 hours ago when some random torrent user guessed the rest. The user found 48 gigabytes of unreleased assets of in-game footage.

This slippage went unnoticed long enough for the download to finish. CIG was unable to shut it down fast enough and now its available to a select few who have the ‘consumer’ version, which costs $10 dollars.

The few that have acquired the resources to the game have loaded them into CryEngine. Since that’s the engine Star Citizen is being developed in, users have noticed several things already by simply taking a tour around which you can see here. 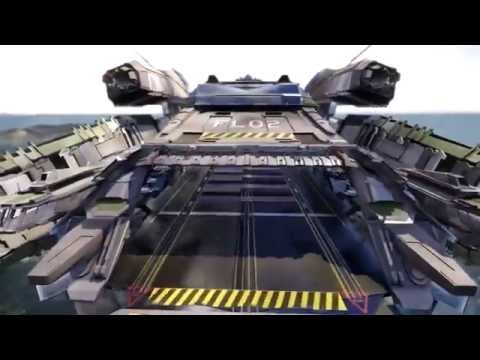 Many assets from the torrent download won’t load properly and look terrible in comparison to previous footage shown from the game, obviously. Clearly a work in progress, the footage shown was likely being developed by an in-house toolset that the developers use that is most likely outdated.

Some have checked out the leaked assets just to witness the sheer scale of the  ‘Bengal Carrier’ before it’s actually placed into the game.

The developers clearly didn’t want people to see it in this condition but it’s out there. Star Citizen has so far raked in roughly 83 million dollars through crowd funding sources to date.

Star Citizen is expected to release some time in 2016.

Are you a PC gamer looking forward to Star Citizen? Let me know in the comments below.