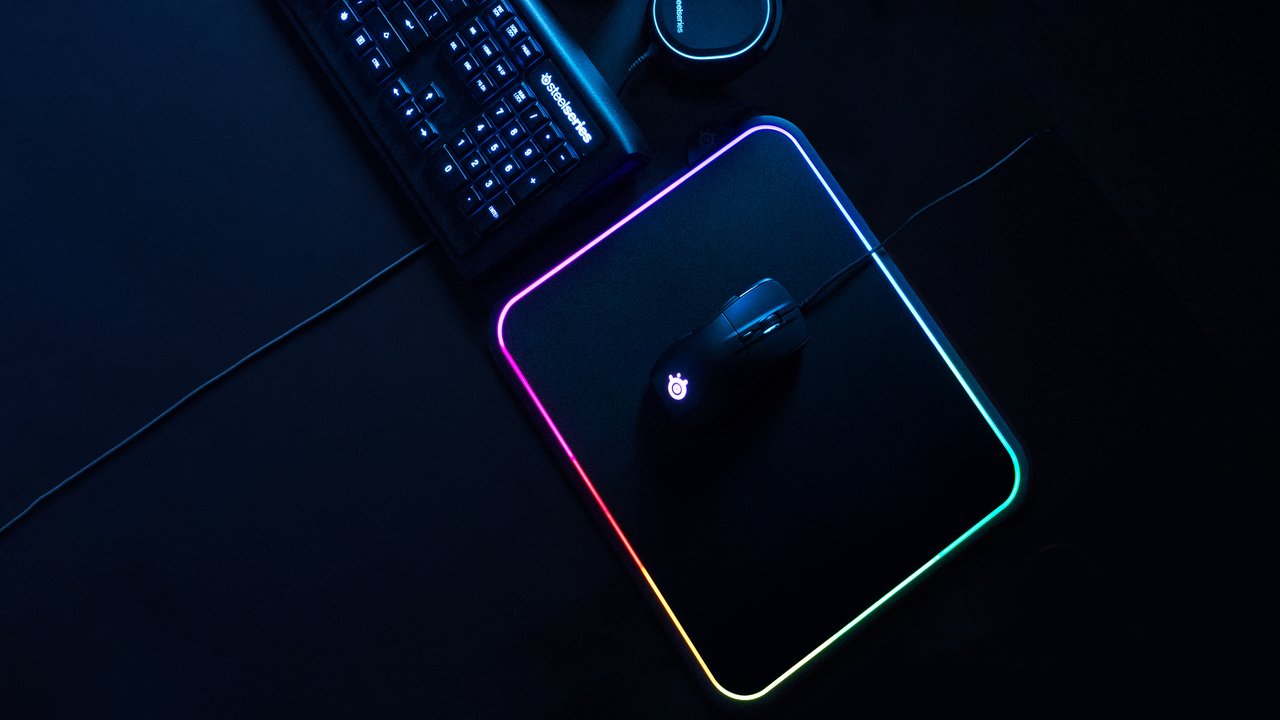 In a world that is utterly dominated by technology, it should not surprise anyone when a company breaks through with a brand-new innovation. SteelSeries has just recently achieved this by introducing their QcK Prism Gaming Mousepad; which launched alongside the company’s Prism Sync Software (allowing users to sync lighting effects across Prims-enabled devices).

Unlike any other mousepad that has ever proceeded it, the QcK Prism is a dual-surface RGB illuminated mousepad. This combines a hard polymer surface for lighting quick glides, along with a micro-cloth that will add a considerable amount of friction. The illumination that is provided by this mousepad is used for more than a light show, though.

It comes with a 12-zone, 360-degree RGP illumination that supports the company’s GameSense software. In certain games, this can provide a way for the mousepad to trigger lighting from in-game events. For example, if a player is low on health the lighting from the pad can indicate it to them. Also, it is compatible with the aforementioned Prism Sync.

SteelSeries knows how to accommodate their devices for gamers, which is a proven fact when looking how they designed their QcK Prism. For gamers who do not play with wireless mouses, they will never have to worry about cables becoming tangled. The cord that accompanies the mousepad is conveniently positioned on the left side; outside of the players’ way. As Jason Christian (Category Manager for Gaming Surfaces, Mice and Keyboards) puts it, every single aspect of this mousepad was built with a purpose.

For anyone who is convinced that this is going to be their next mousepad, it is now available on the SteelSeries web page, Amazon, Best Buy and other various online retailers for $59.99. The price may scare off a lot of people, but this is arguably the most elite gaming mousepad in the world.