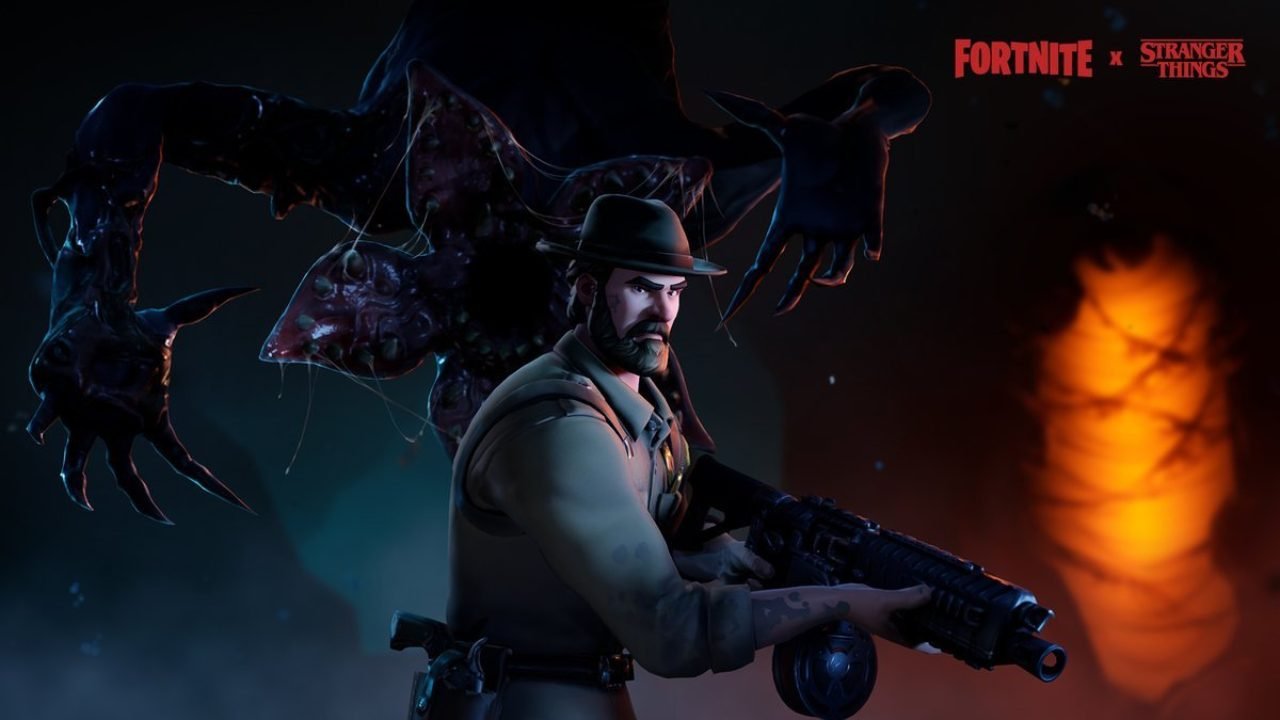 To celebrate yesterday’s launch of the third season of Netflix’s Stranger Things, some elements have made their way into Fortnite.

After some teasers by way of odd portals and rips on the map, the crossover has officially begun. You can get your hands on Chief Hopper and Demogorgon outfits from the Item Shop as well as a new Vines wrap. It seems that this tie-in, like most of them, is purely cosmetic. If you want some Stranger Things gameplay, you could give the recently released game a shot, or wait for the official Dungeons & Dragons campaign.

Fortnite needs no introduction, being the current most popular game in the world. Tweaking the battle royale formula that PlayerUnknown’s Battlegrounds premiered into something with mass market appeal, Fortnite’s taken off like little else. Stranger Things also turned some heads when the series debuted on Netflix a few years back, and has continued to receive new entries ever since.

That’s about all there is to say on this matter. Fortnite is available for free on all platforms, and this Stranger Things crossover will last a couple weeks. You already know if you’re interested in either of those, so have fun out there.