Capcom Unity has released the post-launch schedule up until September.

Street Fighter V is out February 16th and we’ll be seeing additional content and support for the game very quickly. In March, we get Alex, the first DLC character, as well as Challenges and trials for every character. Improved online support to accommodate up to eight invited players to spectate matches.

Capcom says that by the time you finish playing all the single-player content, you’ll have earned enough fight money, the SFV currency, to purchase Alex for free. 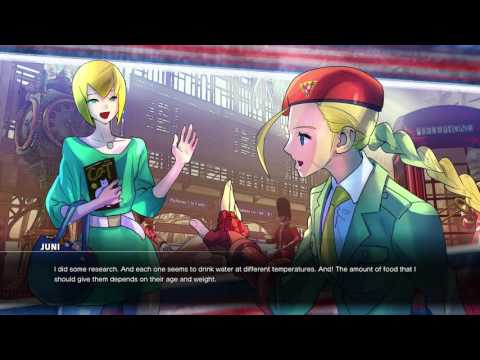 April, May, July, August and September will each unveil a new DLC character to purchase. Capcom hasn’t announced which character is coming which month, but they’ll be releasing Alex, Guile, Ibuki, Juri and Urien. In June the franchise gets its very first cinematic story, this huge update is completely free for everyone.

If you grab yourself the seasons pass for $29.99, you’ll have access to all the new DLC up until September and while you’re not getting their premium costumes for free, you do get a discount on them. You’ll also get an exclusive theme.

Additionally, SFV will support legacy fight sticks from the PS3 for the PS4, thanks to some help from the guys at Lab Zero, makers of Skullgirls.

Street Fighter V is out February 16 for PC, Linux and PS4.