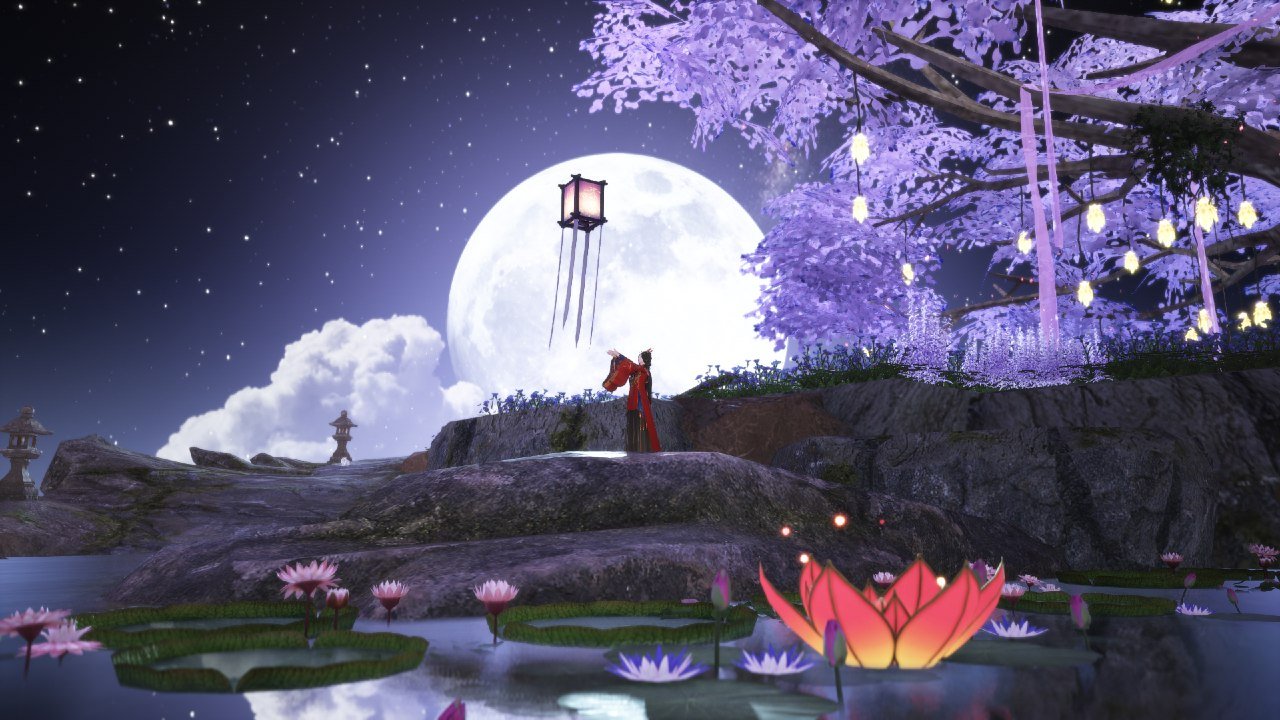 A new update of Swords of Legends Online is now available which will introduce the MMO’s latest in-game event, the Moon Festival plus three new extreme level dungeons, a hard raid, and new items.

The main feature in the upcoming Swords of Legends Online update, of course, is the Moon Festival event in which players can partake in a couple of the event’s activities. The first activity is the ‘Road to the Moon Palace’ which is a minigame that tests a player’s memory while tracing paths within a small area. The next activity is another solo minigame that involves different coloured stars falling from the sky onto the water’s surface. Collecting them is the goal. Blue and yellow stars give you one point each, while players should stay away from red stars as they stun you for a few seconds.

The final Moon Festival activity is ‘Bright Light Blessing’ which is not limited to the Festival Grounds and can be played anywhere after using Moon Offering Incense, the in-game event’s currency which you’re rewarded in the other event activities. The currency is used to buy Sky Lanterns from Velveteen which players can be set off at night; between 8 PM and 1 AM in-game time in Cloudrise, Chang’an, and Jiangdu.

Doing so, you will be refunded a portion of the cost of purchasing the Sky Lanterns and have a chance to win additional prizes in a raffle. If a Swords of Legends Online player is a member of an alliance they’ll get a special ‘Sky Lantern: Alliance’ to summon a larger lantern.

In addition to the update, players who want to test their battle skills can try out the new Extreme dungeons. The three dungeons players can challenge themselves in include Frostbitten Path, Chou Prison and Raging River Ruins. If you want a bit harder difficulty on top of that, the Xuanjiu Jade Palace Raid is getting a newly added hard mode. Also, the shop is getting newly added mounts and costumes as part of the update. For more information on all the changes and additions that came to the update, you can check out the full patch notes.

Swords of Legends Online is currently available to play on PC through the official Gameforge client, Steam and the Epic Games Store with English voice overs and text language support in English, French and German.