New Addition to the Matrix World 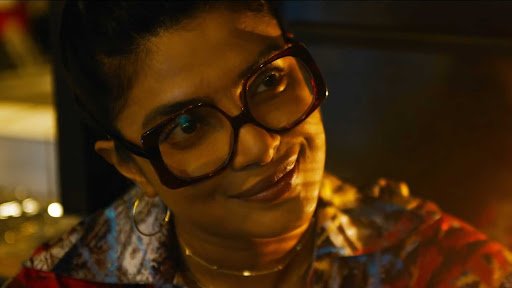 Everyone is sharing their thoughts as Priyanka Chopra Jonas joins The Matrix Resurrections cast and poster reveals.

From Bollywood to Hollywood, from the east to the west, social media have shown their excitement with the addition of Priyanka Chopra Jonas to The Matrix Resurrections cast. The poster was released on Monday, November 22, 2021, and there was a buzzing conversation about why the poster was not released with the rest of the actors and actresses. Chopra took to Instagram and Twitter, writing, “And she’s here. Re-enter #TheMatrix 12.22.21.” She is seen on the poster with a navy-blue and red blended long sleeve-shirt, red pants and a pair of brown knee-high boots. Chopra’s hair is also tied into two buns jutting out of her scalp as they stare off into the distance.

A lot of Chopra Jonas’ fans and friends were very impressed and happy to hear about their latest on-screen venture. Indian model and actress, Gauahar Khan, wrote, “Amazing”; a fan wrote, “Perfect. Cannot wait to watch the Matrixx”; and another fan stated, “Sooo excited for her, she looks incredible.” Their sister-in-law, Danielle Jonas, added their anticipation to the news by posting on their Instagram story.

Chopra Jonas has been wowing audiences with their navigation through the film industry both in North America and in India with films like The White Tiger, which received great reception, and then there was the disappointing Baywatch film. Hopefully, their role in The Matrix Resurrections will help resurrect their standing in Hollywood. It is unclear why they were missing from the initial poster release, but fans are glad they are finally able to showcase their first look at the character.

Fans can expect to see Chopra Jonas take on the announced character in The Matrix Resurrections, which is slated to be released on Wednesday, December 22, 2021, in theatres and streaming on HBO Max.

File Under: Priyanka Chopra Jonas, The Matrix, The Matrix Resurrections